With the accession of India and Pakistan, representing the first formal expansion since 2001, the SCO is assuming even greater importance and your expanded range of activities will have implications for peace, stability, and prosperity across the region and far beyond. 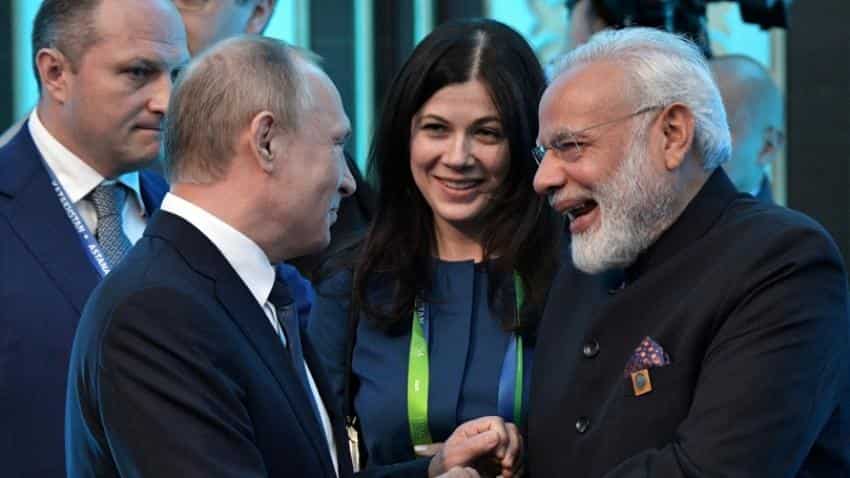 The Shanghai Cooperation Organisation has assumed even greater importance with the entry of India and Pakistan, the UN has said, asserting that the bloc's expanded range of activities will have implications for peace and stability across the region.

Prime Minister Modi and Pakistan President Hussain attended the summit for the first time after both countries were admitted as members of the Beijing-based Shanghai Cooperation Organisation (SCO) last year.

UN Deputy Secretary-General Amina Mohammed, in her remarks to the plenary session of the 18th meeting of the Council of Heads of State of Member States of the SCO in China's Qingdao city on Sunday, had said that the world now needs a recommitment to multilateralism.

"With the accession of India and Pakistan, representing the first formal expansion since 2001, the SCO is assuming even greater importance and your expanded range of activities will have implications for peace, stability, and prosperity across the region and far beyond.

"You represent more than half of humanity and you are playing a growing role in shaping the global agenda, based on cooperation and dialogue," Mohammed said yesterday.

She said regional and international threats to security and stability, from transnational crime to climate change to violent extremism and terrorism, cannot be resolved by any one country alone.

"Only our joint commitment, firmly grounded in respect for human rights and the rule of law, will build and strengthen the cooperation needed to respond to such challenges," Mohammed said.

To ensure fair globalization, it must be ensured that nations are able to have the necessary domestic resources and capacities to steer their economies and development agendas towards common goals, as outlined by the 2030 Agenda and the Paris Climate Agreement, she said.

The Deputy Secretary-General stressed that openness and partnership between countries can make a critical contribution to strengthening security and bringing about prosperity.

"Today, it is encouraging to see positive regional dynamics in Central Asia and closer interaction among countries," she said, adding that the Belt and Road Initiative is promoting connectivity, economic prosperity and diplomatic ties across the region.

Over the past four years, several major joint infrastructure projects have been completed in SCO member states that have improved conditions for cross-border cooperation and boosted development capacity, such as the Peshawar-Karachi motorway project in Pakistan and Kazakhstan's Astana light rail project, Mohammed said.

"The soon-to-be-completed 9,400-kilometre Lianyungang-Kazakhstan-Russia-Saint-Petersburg road corridor, on the other hand, is set to become the major transport axis connecting the Eurasian continent," she added.

The SCO was founded at a summit in Shanghai in 2001 by the presidents of Russia, China, Kyrgyz Republic, Kazakhstan, Tajikistan and Uzbekistan. India and Pakistan became its members last year.