March Madness Pool: Rs 69 crore prize! Winner of Warren Buffet challenge to get this money every month for life

Have you been into office betting games? They won't certainly be anywhere near what legendary billionaire Warren Buffet is offering his employees this year. 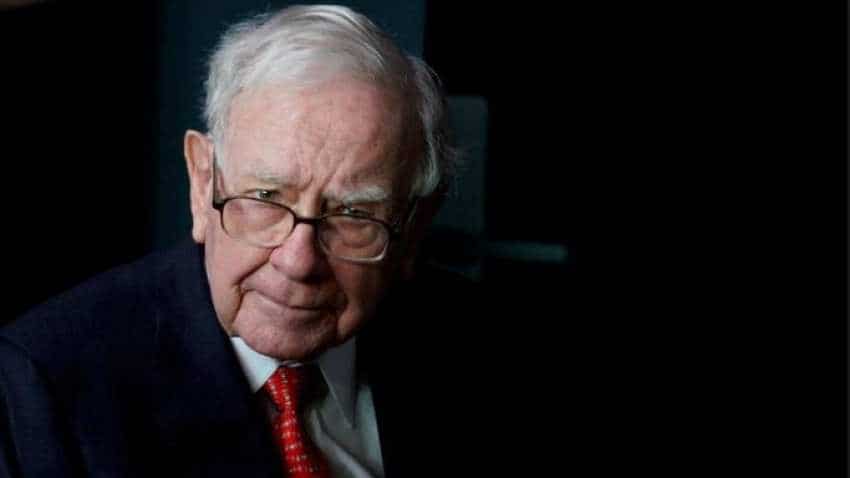 Warren Buffet has a penchant for making multimillion-dollar bets to test the predictive abilities of his employees. Image: Reuters
Written By: ZeeBiz WebTeam
RELATED NEWS

Warren Buffet March Madness Challenge: Have you been into office betting games? They won't certainly be anywhere near what legendary billionaire Warren Buffet is offering his employees this year. All they have to do is predict the name of the teams that will make this year's Sweet 16 of the men's NCAA tournament. Buffet, also popularly known as the "Oracle of Omaha", is offering to pay $1 million (approx: Rs 69 crore) a year for life to any of the employees of his company Berkshire Hathaway or its subsidiaries for accurately predicting the first week of March Madness Games.

Around 3,75,000 people working for Buffet's company or its subsidiaries would put their predictive abilities to test to beat the billionaire's challenge. Buffet had said that a winner would have to get through the "first bracket to win $ 1 million, assuming nobody else wins at the same time".

In 2014, Buffet had offered a whopping $1 billion March Madness prize to the public. But none had managed to win.

March Madness pool, or bracket, is a form of sports betting in the United States. It is based on the annual NCAA Division I Men's Basketball Tournament that takes place at this time of the year. A bracket, or a pool, is like a form that the challenger can fill online or manually. They have to predict the outcome of every game in the tournament. The predictions are compared and the one who makes the best prediction gets home with the prize money.