This will make the oil import bill for FY19 the highest in the five years of the Modi government and very close to the high import bill during UPA II when the crude oil prices had breached all records to touch close to $140 a barrel mark. 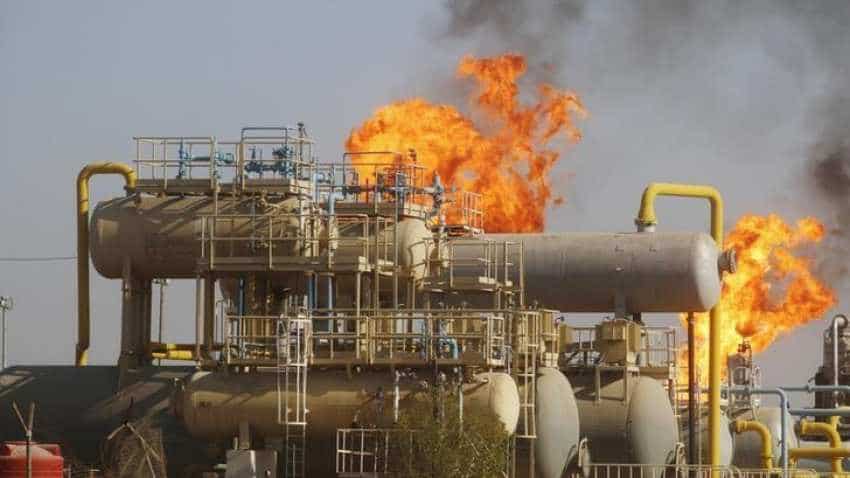 In its latest assessment, the oil Ministry`s Petroleum Planning and Analysis Cell (PPAC) has estimated the import bill to grow by 27 per cent from $88 billion in 2017-18 to $112 billion in 2018-19. Image source: Reuters

Rising oil prices and depreciating rupee are set to further upset the countrys fiscal math this year, with estimates suggesting that the crude import bill in FY19 would shoot up by close to 50 per cent to $130 billion, twice the level what government agencies were earlier projecting.

In its latest assessment, the oil Ministry`s Petroleum Planning and Analysis Cell (PPAC) has estimated the import bill to grow by 27 per cent from $88 billion in 2017-18 to $112 billion in 2018-19. But its estimates are based on Indian basket crude oil price at $57.77 per barrel and exchange rate at Rs 70.73/$. This estimate has long been breached with Indian basket of crude now over $65 a barrel and rising while exchange rate shot over Rs 71/$.

"Crude price have started firming up again with a spike seen over last week benchmark Brent crude price shooting up over 7 per cent again to over $66 a barrel. In the period, the rupee has also slid. These are clear signals that FY19 will end with higher oil prices and India`s oil import bill will also jack up sharply, well over the government`s projections," said a former oil Secretary who has analysed the data.

If the oil import bill reaches closer to $130 billion mark, it would be close to levels experienced in FY13 and FY14 when international oil prices had skyrocketed and hovered over $100 a barrel for most of the year. Ironically, the Indian basket of crude at present is just about $65 a barrel.

This will make the oil import bill for FY19 the highest in the five years of the Modi government and very close to the high import bill during UPA II when the crude oil prices had breached all records to touch close to $140 a barrel mark.

The Centre has so far maintained that though rising oil prices was a concern, it still remained manageable without upsetting the macro-economic fundamentals of the economy. But sources now say that murmurs have already started in the corridors of power that the oil situation should be taken seriously as inaction could mean further deviation in the country`s fiscal consolidation path where the goalpost has already been shifted with projections that fiscal deficit will now remain at a high level of 3.4 per cent in FY19 as well as remain at the same level even in FY20.

"The $112 billion import bill for current fiscal is high but it is still not the correct estimate. Oil import bill could rise further as high crude price will rise in the balance period of the year. Further pressure on rupee could also dent the estimates," said an oil sector analyst asking not to be named as he was still making his calculations on oil imports.

The PPAC estimate has also taken average price of Indian basket crude oil for December 2018 --$57.77 a barrel and exchange rate for December -- Rs 70.73 to a dollar -- to arrive at its import estimates. The benchmark Brent oil price is already higher at $65 a barrel and is expected to start rising again. Analysts also expect the rupee to depreciate further, completely changing the oil mathematics for FY19.

While the recent spike in oil prices has alarmed the government, it is worth noting that fall in crude prices has resulted in big savings for the country in FY16 and FY17. India`s import bill nearly halved to $64 billion in FY16 though the country imported 202.1 million tonnes of crude oil in the fiscal year. This compared to import of 189.4 million tonnes of crude oil for $112.7 billion in the previous FY15.

After collapsing in mid-2014 due to a supply glut, crude prices have remained low for three years. In fact, it touched close to $30 a barrel early in 2016. Last year, it started rising again to cross $80 a barrel mark to fall again later in the year. The prices have started firming up again now.

A strong Dollar against all major currencies will prevent any long term sustained rise in crude oil; here's why