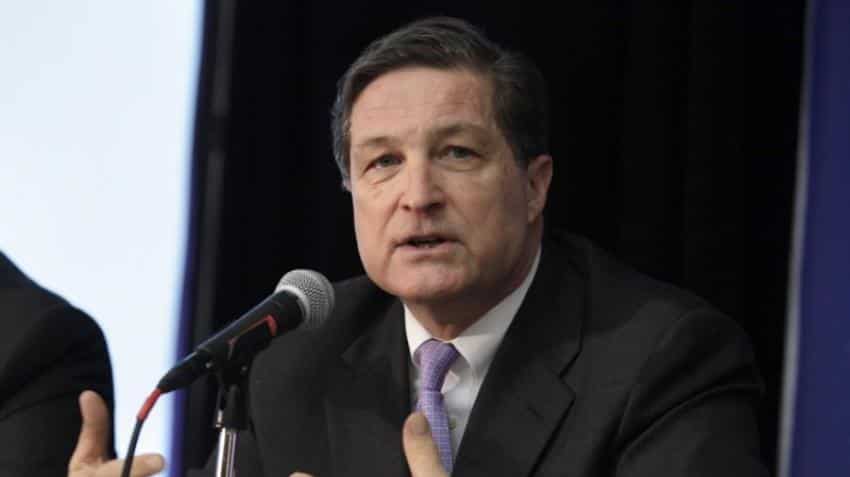 The US Federal Reserve will likely need to raise interest rates more than three times next year and faces challenges in gradually cooling off the US economy, Richmond Fed President Jeffrey Lacker said on Friday.

"If we get behind, it`s hard to really calibrate," Lacker said during a panel discussion in Charlotte, North Carolina.

The US central bank raised its target range for rates by a quarter of a point on Wednesday and projected three more hikes next year.

Lacker, who did not have a vote but participated in the Fed`s policy meetings this year, said the US economy would likely receive some fiscal stimulus under the Donald Trump administration.

He said the US Fed would still be able to raise rates gradually, but perhaps not as slowly as is expected by the majority of policymakers. The US Fed raised rates only once in 2016, which followed a single rate hike last year.

Before the two hikes, rates had been held near zero since 2008 to nurse the economy back from recession.

Lacker said he will be looking out for signs of rising inflation given the apparent strength of the laboUr market, but that it would likely be a couple of years before policymakers know if they waited too long to raise rates in 2016.