Rex Tillerson sacked; who is Mike Pompeo, tapped for secretary of state by Donald Trump; 5 facts 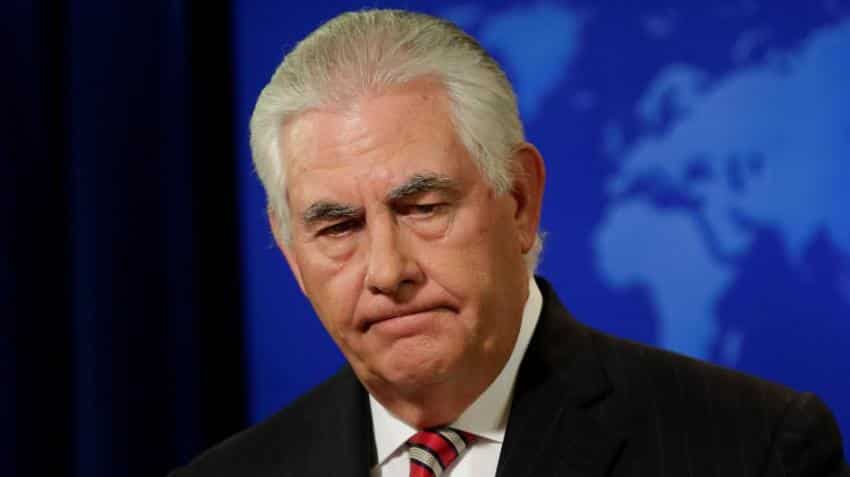 US President Donald Trump on Tuesday said he had replaced Secretary of State Rex Tillerson with Central Intelligence Agency Director Mike Pompeo, ousting the embattled top diplomat after a series of public rifts. Donald Trump announced the Cabinet shakeup on Twitter and said he had tapped the CIA`s deputy director, Gina Haspel, to replace Pompeo at the intelligence agency. Tillerson's departure represents the biggest staff change in the Trump Cabinet so far and caps months of tensions between the Republican president and the 65-year-old former Exxon Mobil chief executive.

- Pompeo, 54, regularly briefs Trump on intelligence matters, and is considered one of the most hawkish voices on North Korea in Trump`s inner circle.

- Pompeo has downplayed the extent of Russia`s intervention in the 2016 U.S. presidential election, saying Moscow has sought to influence American elections for decades. In February, he defended talks he had that month at CIA headquarters with Russian spy chiefs.

- Like Trump, Pompeo is an outspoken critic of Iran and has called for scrapping the 2015 deal curbing Tehran`s nuclear program in exchange for sanctions relief. In October, he said Iran was "mounting a ruthless drive to be the hegemonic power in the region."

- Pompeo has supported the U.S. government`s sweeping collection of Americans` communications data. In an opinion piece published in 2016, he called for restarting the bulk collection of domestic telephone metadata and combining it with financial and lifestyle information into one searchable database.

- Before taking the reins at the CIA in January, Pompeo was a conservative Republican member of the U.S. House of Representatives from Kansas. He is a retired Army officer and a graduate of the U.S. Military Academy at West Point, New York, and Harvard Law School.