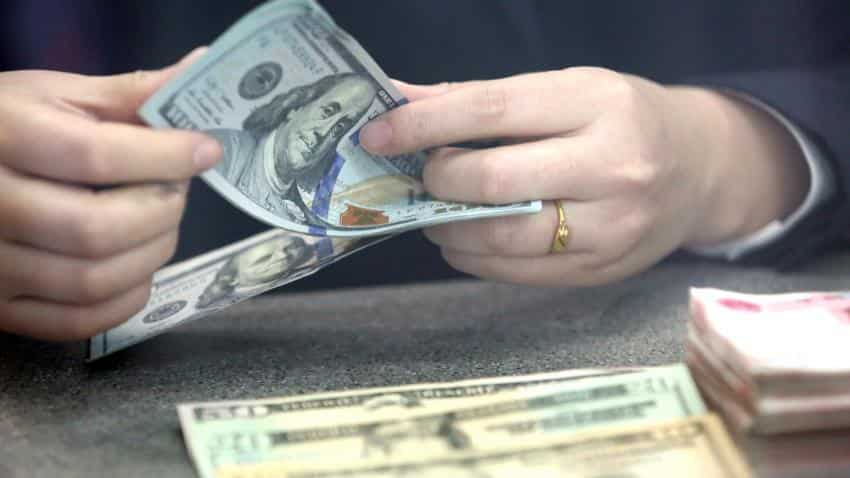 U.S. retail sales were unexpectedly flat in July as Americans cut back on purchases of clothing and other goods, pointing to a moderation in consumer spending that could temper expectations of an acceleration in economic growth in the third quarter.

Other data on Friday showed producer prices recorded their biggest drop in nearly a year in July amid declining costs for services and energy goods. Cooling consumer spending and tame inflation suggest the Federal Reserve will probably not raise interest rates anytime soon despite a robust labor market.

"The Fed has a consumer demand-centric view of economic activity and this report is one more hurdle to a rate hike in September," said John Ryding, chief economist at RDQ Economics in New York.

U.S. Treasuries were trading higher, while the dollar fell against a basket of currencies. Wall Street stocks were lower after the weaker-than-expected data.

In a separate report, the Labor Department said its producer price index for final demand dropped 0.4 percent last month, the first decline since March and the largest since September 2015. It increased 0.5 percent in June.

The U.S. central bank raised its benchmark overnight interest rate last December for the first time in nearly a decade. Although a Reuters poll on Thursday found that most economists expect another rate increase in December, financial markets currently anticipate such a move only next year.

Interest rate futures after Friday`s data placed only a 43 percent probability of a December rate hike, compared to 47 percent before the data.

Robust consumer spending has helped to cushion the blow on the economy from an inventory correction and the prolonged drag from lower oil prices that have restricted GDP growth to an average 1.0 percent annualized rate in the last three quarters.

Despite the surprise weakness in retail sales in July, consumer spending remains supported by a strong labor market as well as rising home and stock market prices. The economy created a total of 547,000 jobs in June and July.

A third report showed consumer sentiment stable in early August, though households` views on income softened a bit. Most of the weakness was among younger households who cited higher expenses than anticipated as well as somewhat modest income gains, the University of Michigan said.

The Atlanta Fed is currently forecasting the economy to grow at a 3.7 percent annualized rate in the third quarter. Growth is expected to be driven by a rebound in inventory investment, as well as consumer spending.

A fourth report from the Commerce Department showed businesses made significant progress in June in their efforts to reduce an inventory overhang that has weighed on economic growth since the second quarter of 2015. The inventory-to-sales ratio fell to a seven-month low of 1.39 months in June.

Automobile, furniture and online sales were bright spots in the July report. Sales at auto dealerships increased 1.1 percent last month after rising 0.5 percent in June. Demand for autos is pulling spending away from discretionary items.

There were declines in sales at electronics and appliance outlets and service stations. Americans also cut back on spending at restaurants and bars and sales at food and beverage stores recorded their largest drop since May 2011.