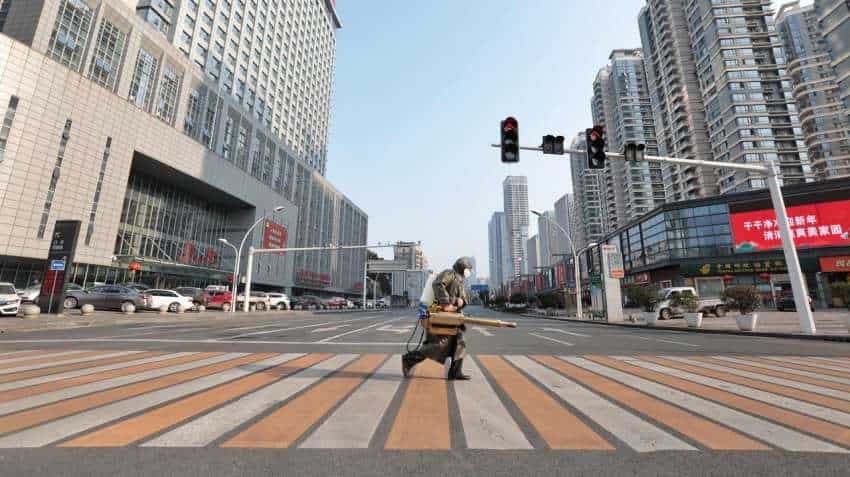 The death toll due to novel coronavirus (COVID-19) in China rose to over 2,000 on Wednesday as 136 new deaths from the disease were reported, while the confirmed cases stood at 74,185.Photo:Reuters
Written By: IANS
RELATED NEWS

More than half of China`s population now faces some form of restrictions due to the country`s ongoing fight against the novel coronavirus (COVID-19), say reports based on analysis of government announcements.

According to a report in The New York Times over the weekend, about 760 million people are dealing with restrictions that may vary from one area to another. If at one place, residents may find checkpoints at building entrances, at another place, they may be dealing with hard limits on going outdoors.

As per a CNN analysis published on Monday, more than 780 million people in the country face various forms of travel restrictions including self-quarantines and limits on who can enter and leave a particular neighbourhood.

The death toll due to novel coronavirus (COVID-19) in China rose to over 2,000 on Wednesday as 136 new deaths from the disease were reported, while the confirmed cases stood at 74,185, the health authorities announced.

The restrictions are particularly strict in four cities of Hubei province, the epicentre of the outbreak, according to the CNN analysis.

The use of non-essential vehicles on local roadways is also banned in these four cities -- Wuhan, Huanggang, Shiyan and Xiaogan.

People in these cities are not allowed to leave their residential complexes and they get their daily necessities from neighbourhood and community communities.

These restrictions are often enforced by thousands of volunteers and Communist Party workers, according to The New York Times report.

While these restrictions have been imposed to reduce the spread of the virus, they have also prevented people from returning to their work, adversely affecting the country`s economy.

An official with China`s National Health Commission said the COVID-19 epidemic in Hubei province has been gradually brought under control, Xinhua reported on Wednesday.

NHC spokesperson Mi Feng made the remarks at a press conference in Beijing, citing the epidemic data in the province over the past week.

The daily count of newly cured and discharged cases in Hubei, excluding the capital city of Wuhan, has exceeded the number of newly confirmed cases for four consecutive days as of Wednesday, said Mi.

It shows that with the implementation of various prevention and control measures and the strengthening of incoming medical support, the epidemic situation in Hubei has been brought under control and the recovery rate has continuously improved, said Mi.

On Wednesday, 1,693 new confirmed cases were reported in Hubei, including 1,660 in Wuhan.