Trump met on Thursday with the CEOs of major American airlines to discuss their accusations that subsidies by Qatar and UAE are costing jobs in the US. 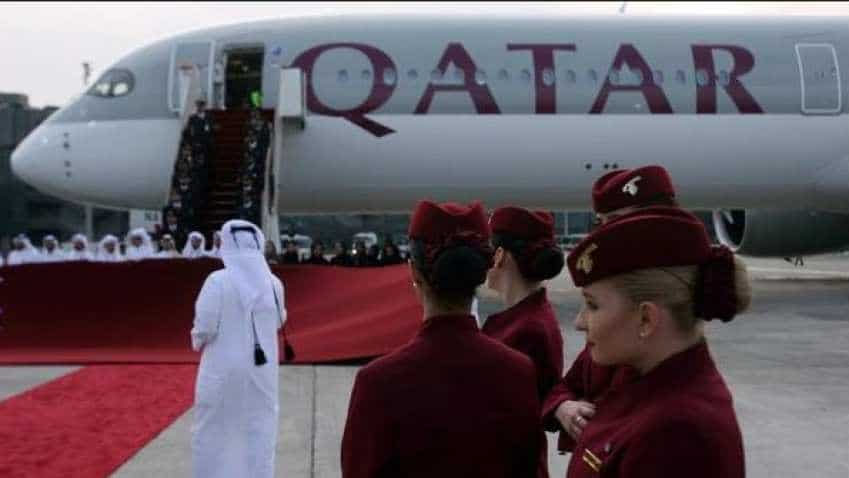 US President Donald Trump met on Thursday with the chief executives of major American airlines to discuss their accusations that subsidies by Qatar and United Arab Emirates are costing jobs in the United States. The meeting between Trump and the CEOs of American Airlines, United Airlines, JetBlue Airways Corp, FedEx Corp and Atlas Air included Vice President Mike Pence, the White House said. The meeting also included the CEO of state-owned Qatar Airways, Akbar al-Baker, who was also at the White House last week to tout its decision in June to buy five new Boeing 777 freighters.

The White House did not immediately provide details of the meeting. Since 2015 the largest U.S. carriers - Delta Air Lines, American and United Airlines - have argued their Gulf rivals are being unfairly subsidized by their governments, distorting competition and costing U.S. jobs - something the Gulf carriers deny.

The Partnership for Open & Fair Skies, a group representing Delta, American, United and aviation unions, said it had a "productive meeting" with Trump.

"The president shares our concerns and instructed us to keep working with the U.S. Department of Transportation, which we plan to do," Scott Reed, the group`s managing partner, said in a statement.

The CEOs of JetBlue, FedEx and Atlas Air have warned that restricting the rights of Qatar Airways could lead to retaliation against U.S. carriers and added, in an April letter, it could lead to "a rapid unravelling of hard-fought aviation rights around the world when other governments take similar action to shield their state-owned airlines from competition."

Last week, the CEOs of Delta, United and American wrote a joint USA Today op-ed urging the White House to act "decisively to hold Qatar and the UAE accountable." They suggested that failing to respond would "signal to other countries that they too are free to exploit American workers."

In April, Secretary of State Mike Pompeo said the administration was scrutinizing Qatar Airways` acquisition of a 49% stake in Air Italy, which has been flying to U.S. destinations since 2018 in a move seen by U.S. lawmakers as flouting a deal not to add new flights to the domestic market.

Both Republicans and Democrats in Congress have said they were concerned that the deal with the Italian carrier contravened an understanding Qatar Airways reached with the United States in early 2018.

Qatar Airways acquired the 49% of Italian airline Meridiana in 2017, rebranded it Air Italy and transformed it into a carrier with five announced nonstop U.S. destinations from Milan.

The Qatari government said in 2018 it was unaware of any plans to launch flights from Qatar to U.S. destinations via stops in Europe known as "Fifth Freedom" flights.