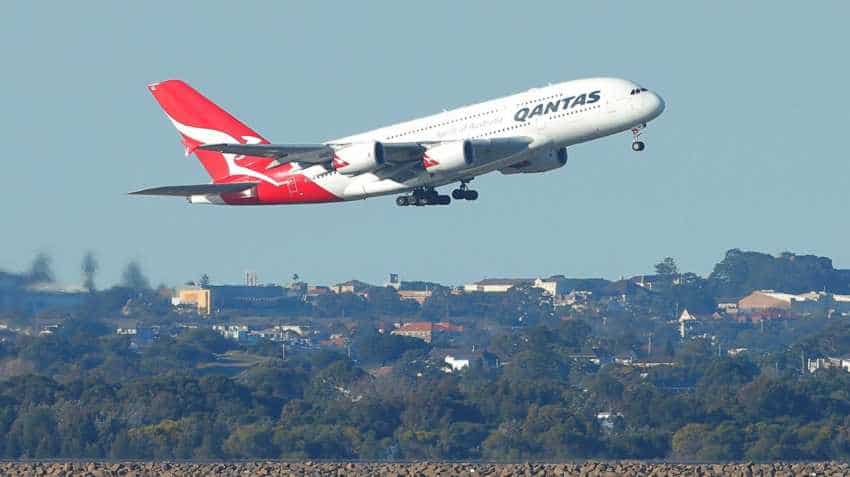 Qantas will test three 19-hour ultra long-haul flights to determine whether passengers and crew can withstand the marathon journeys, the airline announced on Thursday. The "Project Sunrise" research flights are part of Qantas` plan to operate non-stop commercial routes from the Australian cities of Brisbane, Sydney and Melbourne to New York City and London.  The tests, beginning in October from London and New York to Sydney, will re-route planned delivery flights with Boeing 787-9s. A maximum of 40 people -- made up of crew and Qantas employees -- will be carried on board to minimize weight and provide the necessary fuel range.

"Ultra-long haul flying presents a lot of common sense questions about the comfort and wellbeing of passengers and crew. These flights are going to provide invaluable data to help answer them," said Qantas Group CEO Alan Joyce in a statement. Throughout the flights, scientists and medical researchers will monitor passengers, who will be fitted with wearable technology devices.

Melotonin levels of the crew will be recorded before, during and after the flights and pilots will wear electroencephalogram (ECG) devices tracking their brainwave patterns and alertness, according to Efe news.

Customer feedback will be taken on food choices and separate stretching and wellbeing areas as well as entertainment options.

"For customers, the key will be minimizing jet lag and creating an environment where they are looking forward to a restful, enjoyable flight," Joyce said.

"For crew, it`s about using scientific research to determine the best opportunities to promote alertness when they are on duty and maximize rest during their down time on these flights," he added.

Airbus and Boeing have both pitched aircraft (A350 and 777X) capable of making the flights and the final decision will be made by the end of the year.

Joyce described the routes as the "final frontier in aviation".

The direct flight from New York to Sydney will be the first by a commercial airline, while the London to Sydney route will be the second, Qantas said.