Song Jingyi, a paralegal from a family of modest means in the central Chinese region of Henan, had long dreamed of buying a home of her own in Zhengzhou, the sprawling provincial capital of 10 million where she attended college. 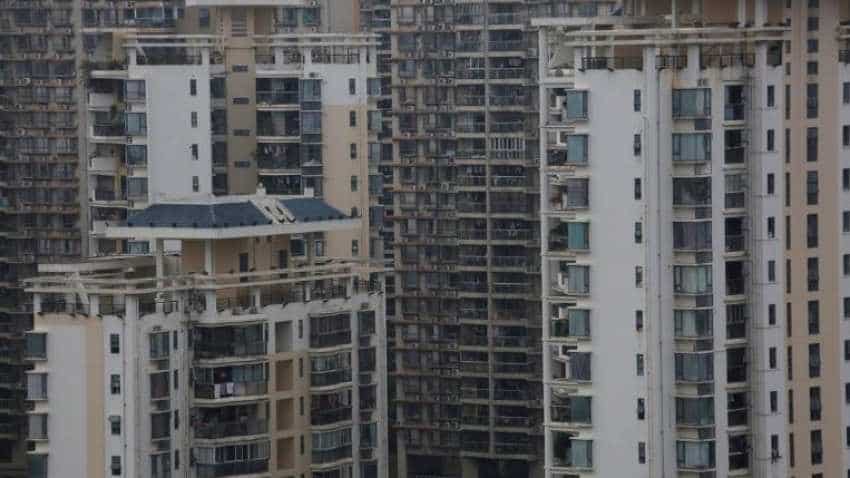 Song Jingyi, a paralegal from a family of modest means in the central Chinese region of Henan, had long dreamed of buying a home of her own in Zhengzhou, the sprawling provincial capital of 10 million where she attended college. But high prices, and hefty downpayment requirements, meant that dream stayed tantalisingly out of reach.

Zhengzhou`s property market exploded in 2016, spurred on by Chinese government efforts to boost home ownership and consumer spending in interior provinces like Henan.  While the resulting price surges were a new source of wealth for many in the city, they also excluded people like Song, who is 25 and has plans to marry her long-term boyfriend.

Last November, however, Song was presented with a tempting opportunity: a deal offered by a Chinese developer to circumvent the usual 30% downpayment on an apartment by borrowing the up-front payment itself. The offer was a risky one for a developer - and a warning sign that the market in Zhengzhou was hitting a wall, caught up in China`s slowest economic expansion in nearly three decades.

After two years of breakneck growth, property markets in provincial cities like Zhengzhou finally reached a turning point in late 2018. That has presented a policy challenge for the Chinese government, which has been attempting to spread wealth beyond the country`s rich coastal regions to the interior. It also illustrates how policymakers have struggled to grapple with a property market, the world`s largest, that is crucial for growth yet prone to bubbles springing up in unlikely places - including the cities of Henan province.

Despite the warning signs, Song saw the mortgage offer as a golden opportunity to finally get into the Zhengzhou market.  She paid one-third of the usual down payment as deposit on a two-bedroom flat on Zhengzhou`s outskirts, where seemingly endless rows of blocks have proliferated in recent years.

However, Song soon noticed that prices were dropping at some developments - including one where a friend had bought a home. She had longed for a taste of the middle class lifestyle her friends were flaunting with their apartments packed with consumer goods. But she also didn`t want to buy into a bubble that looked set to pop.

She decided to pull out, ultimately filing a lawsuit to get her deposit back. "I felt that everyone around me had a house and I felt so much pressure from my peers," Song said. "In many ways, that was an illusion of false prosperity."

BACKWATER NO LONGER
Long a quiet provincial capital, Zhengzhou has thrived in recent years thanks to its position as a transport and logistics hub. Taiwan`s Foxconn operates a factory in the city employing 230,000 people making Apple iPhones for the world.  And, for two years, the property market boomed.

Zhengzhou`s property market took off when the Chinese government eased borrowing and credit restrictions in 2015 and 2016, setting off a nationwide home-buying frenzy. Attracted by cheaper prices in interior provinces like Henan, buyers from across the country piled into Zhengzhou, many paying in full, in cash, to secure flats that often sold out within minutes.

In September 2016, at a new Evergrande apartment complex, a couple in their 40s told Reuters, wiping away tears of disappointment, that they drove from a nearby city only to be told that everything had been sold.

And prices kept soaring. In the upscale Beilonghu district, overlooking an artificial lake on Zhengzhou`s northern fringe, rows of opulent villas decorated with the sweeping roofs of traditional imperial residences went for tens of millions of yuan, rivalling prices in Sydney on a per square foot basis. But in September last year, the Zhengzhou property market deteriorated rapidly, according to sales agents. Unsold property inventory in Zhengzhou rose 26.5% last year, compared to a 26.9% decline in 2016 at the peak of the boom.

Nationally, property sales by floor area grew 1.3% in 2018 from a year earlier, down from an increase of 7.7% a year earlier. In Henan, the growth slowdown was more dramatic: down to 5.1% last year, from 17.8% in 2017. Henan`s real estate investment fell for the first time in 2018.  For a graphic on Henan`s property bubble fears.

While the slowing Chinese economy is a key factor in the slump, it is also the result of government efforts to curb rampant property speculation and clean up a chaotic and risky financial system - even as it tried to spur spending and home ownership in places like Henan.
China`s housing ministry did not respond to a request for comment.
RIPPLE EFFECTS
The effects of the slowdown in Zhengzhou have been felt by people like Zhang Chenxuan, who has run an interior design business in the city for seven years. Since last year, his income has shrunk by 20-30% as orders from new home buyers fell, he said. "Clients nowadays only want something practical and simple that saves money instead of going for the luxurious," Zhang said as he fitted out a client`s new apartment with contemporary furniture and grey ceramic tiles.

"Eighty percent of my customers now complain that they are very poor, that they don`t have the money for proper furnishings," he said. Zhengzhou`s government has eased some purchase restrictions and scrapped price caps for new developments to encourage developers to release inventory, local agents said. But so far, those measures, and similar ones in other cities, have done little to revive the market.

The property slowdown has also been deeply felt in Xuchang, a city of about 4 million people south of Zhengzhou that is the world`s wig-making capital.  Like Zhengzhou, the city had been the scene of frantic property development and buying in recent years. To lure builders and buyers, the local government moved wig-making businesses to the city`s fringes, spent tens of billions of yuan demolishing shantytown homes, and built a series of lakes and parks, including a gigantic "Central Park" modelled on the one in Manhattan.

Those efforts attracted developers like Evergrande and Country Garden, who built vast complexes overlooking the park. But the frenzy faded. Property consultancy Tonglitongcheng said in February that the city`s housing stock had grown at such "a horrifying rate" that unsold inventory - totalling 9.7 million square metres by its estimates - would take about 55 months to clear.

Xu Boyun, 27, said his family, which owns three properties in Xuchang, was passing on buying a unit in another new development, despite the 20% discount offered to staff at the state-owned company where his parents work. "It was a really good price but the market has cooled significantly and I`ve advised them there is not much room for another price spike," he said.

In some developments, prices have been slashed, infuriating those who bought in at higher prices. In November, angry home owners stormed a Yango Group sales office after the company cut prices by 15% in one development, smashing scale models of the project, sales agents told Reuters.
While Yango hasn`t cut prices further, it is now branding its apartments as "cost effective", and touting the market slump as a "rare opportunity" to buy.

It`s unclear whether that will be enough to attract buyers to developments in provincial cities like Xuchang. For Song, the paralegal, safer bets closer to cities like Beijing are a more attractive option for now. In March, she said her boyfriend made a downpayment - a complete one - on a flat in Zhangjiakou, a ski resort near Beijing that will host some events for the 2022 Winter Olympic Games.

Speculators were eyeing the town, she said, but prices were still just a sixth of the average in Beijing. "Even if prices fall, how much lower do you think they can go?"