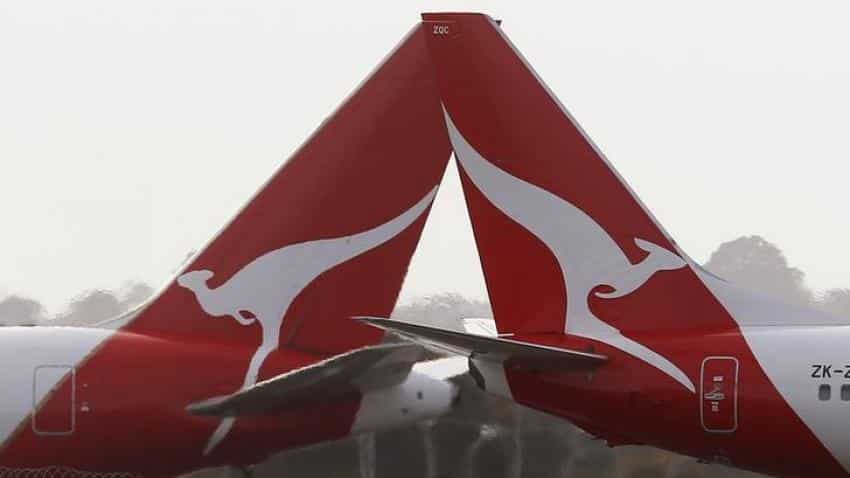 Australia`s Qantas Airways said on Tuesday it had amended its website to no longer refer to Taiwan and Hong Kong as countries. Image source: Reuters
RELATED NEWS

Australia`s Qantas Airways said on Tuesday it had amended its website to no longer refer to Taiwan and Hong Kong as countries, rather than Chinese territories, after China issued a warning to foreign airlines last week.

China has stepped up efforts to police how foreign businesses refer to parts of China, or territories claimed by Beijing, including Taiwan and Hong Kong - even if only in pull-down menus on websites.

"Due to an oversight, some Chinese territories were incorrectly listed as countries on parts of our website. We are correcting this error," said Qantas in an emailed statement.

China`s civil aviation authority told foreign airlines to check their websites and make any needed changes, but the campaign goes beyond just airlines.

To comply, Qantas has now deleted several lists that categorised destinations by country.

A Qantas spokeswoman did not immediately respond to questions as to whether the airline expected a similar action by the Chinese authorities.

Public apologies from Delta Air Lines, Zara and Medtronic for similar offences have so far satisfied China, which has grown increasingly sensitive to issues of sovereignty.

Qantas is the first Australian company to respond to Beijing`s heightened vigilance, though all firms exporting everything from iron ore to baby formula should be taking heed.

China, which is easily Australia`s biggest trading partner, bought A$93 billion ($73.98 billion) worth of Australian goods and services last year.

Hong Kong and Macau are former European colonies that are now part of China but run largely autonomously. China annexed Tibet in 1950, although Beijing has long claimed the Himalayan region has been an indivisible part of China throughout history.

Taiwan is China`s most sensitive territorial issue. The ruling Communist Party considers the self-ruled, democratic island a wayward province and refuses to renounce the threat of force to bring it into the fold.

On Tuesday, Taiwan`s foreign ministry said it had contacted relevant companies to comply with its own government`s strict position on this issue, and to reject China`s difficult and unilateral requests.

"Of course, with the fact that Taiwan is a sovereign, independent country, there won`t be any change to this as a result of China`s unilateral way of handling things."