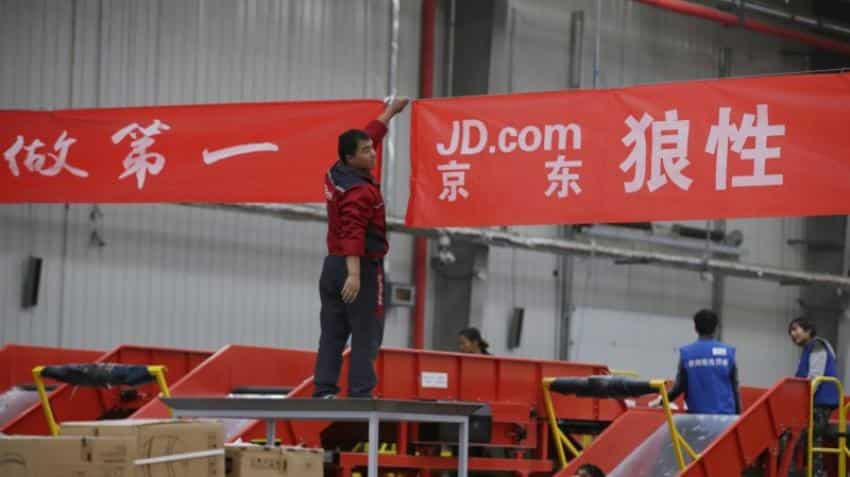 An employee works at a JD.com logistics centre in Langfang. Image Source: Reuters

When US private equity heavyweight Warburg Pincus started looking at China's logistics sector in late 2009, there were more modern warehouses in Boston than in the whole of the world's most populous country.

But as Chinese consumers embarked on an online shopping spree, demand has soared from appliance makers, express delivery firms and e-commerce companies such as Alibaba Group Holding and JD.com Inc, far outpacing supply and prompting a parallel binge in investment in warehouses and logistics businesses.

"The thinking was even if it didn't necessarily scale to the size we were anticipating, we had a good sense that while Boston is a pretty decent size city in the US, China should have far more modern warehousing space over the longer term," said Jeffrey Perlman, who heads Southeast Asia at Warburg Pincus and also focuses on real estate investments across Asia Pacific.

"We were taking that directional bet that, with this transformative shift from a manufacturing-based economy to a service, consumption-based economy, ultimately you need to store the goods somewhere."

Although China's economy expanded in the second quarter (Q2) at the slowest pace since the global financial crisis of 2008-09, online shopping revenues have soared and are expected to double to 7.5 trillion yuan ($1.13 trillion) in 2018 from last year, consumer and internet consultancy iResearch estimates.

Online retail as a percentage of total retail in China has grown steadily to 12.6%, and is forecast to reach 17% in 2018, according to iResearch and China's National Statistics Bureau.

By comparison, US e-commerce sales accounted for 8.1% of total sales in the second quarter (Q2) of 2016, underscoring the fast adoption of online shopping in China, where consumers with rising incomes use smartphones to order everything from appliances and clothes to flowers and pizza.

India, another emerging Asian giant with a burgeoning middle class, has seen a similar trend and is also attracting investment in warehouses.

"These changes are structural changes," said Jimmy Phua, head of real estate Asia at CPPIB. "Certainly competition has been increasing. What we know, what we see is no secret, the world sees it as well. Other investors, other managers, can see that in this sector there will be sustained growth."

China's logistics market reached 1 trillion yuan in 2015, led by an increase in so-called storage spending that includes warehousing, processing and packaging of goods.

CPPIB has committed $2.6 billion to China's logistics market, including a $1 billion investment unveiled late in 2015 in a venture with Goodman Group.

Warburg Pincus-backed e-Shang has grown into one of the largest logistics providers for e-commerce companies including JD.com, with Thomson Reuters publication IFR saying the company could raise $1 billion in a 2016 initial public offering (IPO).

To be sure, the surge in investments has created an oversupply of warehouses and pressured rents, particularly in smaller cities, while increased competition from new players has made it harder to secure land in top-tier cities such as Beijing and Shanghai, analysts and investors said.

Still, investors expect the impact on rents will be less severe for large, more modern warehouses that have been the focus of private equity firms, while the oversupply of logistics space will likely be limited to lower-tier cities.

Carlyle-backed China Logistics Property Holdings Co, which just went public in Hong Kong in a $459 million IPO in July, is spending 2.1 billion yuan in 2016 to add some 1.1 million square metres (11.8 million square feet) of new warehousing space to its portfolio this year and build new warehouses that will be completed in 2017.

With planned investments of $1.8 billion through 2019, the company expects to build 34 new logistics parks, adding 4.5 million square metres of space, according to its IPO prospectus.

The second vehicle, with co-investments from sovereign wealth funds and pension funds, will close in the next three to six months and will be at least the same size, said Kenny Gaw, president and managing principal at Gaw Capital.

"I can't predict how the growth of e-commerce will be in the next 10 years, but it's still one of the fastest growing sectors in China," Gaw said. "And China will remain the biggest e-commerce market in the world."