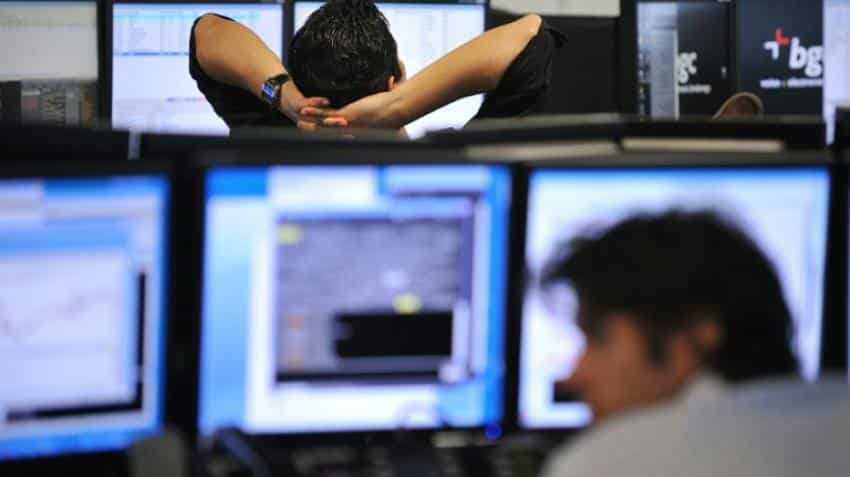 Sterling -- which has tumbled to multi-year low points against its main rivals since Britain voted June 23 for Brexit -- surged above $1.24. Representational image of traders at a stock market. Image Source: AFP
Written By: AFP
RELATED NEWS

The pound soared against the dollar and euro Thursday after the High Court in London ruled that parliament must approve the start of Britain`s withdrawal from the European Union.

Sterling -- which has tumbled to multi-year low points against its main rivals since Britain voted June 23 for Brexit -- surged above $1.24.

However the pound`s big jump weighed on London`s benchmark FTSE 100 index, which has won strong support since the referendum outcome as the weak currency benefitted exporters.

The court ruling has "made triggering Brexit a lot trickier and has given sterling a massive shot in the arm", said Neil Wilson, markets analyst at ETX Capital.

"The news sent the pound roaring through $1.24 before gains were pared as markets digest the news -- the fact is no one really knows what the implications of this decision are yet."

Downing Street said it was "disappointed" at the decision and would appeal, with the case now likely to the Supreme Court before the end of the year.

In a busy day for the UK, the Bank of England publishes its latest growth and inflation forecasts on the British economy at 1200 GMT, alongside an expected decision to leave its main interest rate at a record-low 0.25 %.

Ahead of the decision, a closely-watched survey Thursday showed output in Britain`s key services sector rose last month despite costs rising at the fastest rate in more than five years.

The Markit/CIPS services purchasing managers` index (PMI) hit 54.5 in October, up from 52.6 in September and above analyst expectations of 52.5. A reading above 50 indicates growth.

With just days to go until the November 8 poll, maverick tycoon Donald Trump has narrowed the gap with market-favourite Hillary Clinton, whose lead had once been considered unassailable, upending early confidence.

The former secretary of state is considered by most investors to be a safer, more stable bet than Trump, who is seen as a loose cannon.

"The move to take risk off the table continues," said IG analyst Chris Weston in Melbourne.

"We have reached a point where there is a buyers` strike, where money managers have reduced their risk."

The rush for safety saw gold prices climb back above $1,300 an ounce Wednesday for the first time since the start of October.

Fears of a Trump presidency has led to speculation the Fed could hold off a December rate increase -- which has been largely priced into markets -- owing to fears about his impact on the economy.