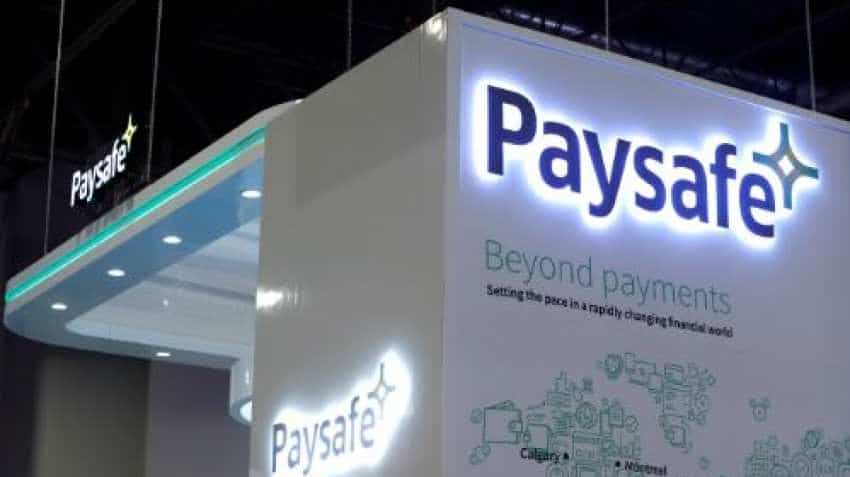 Paysfe IPO would come as Paysafe expands its digital wallets offering to capitalise on the rise of online shopping and mobile phone payments. Photo: Reuters
Written By: Reuters
RELATED NEWS

Paysafe IPO: Private equity firms Blackstone Group Inc and CVC Capital Partners Ltd are seeking to hire underwriters for an initial public offering (IPO) of Paysafe Group Ltd that could value the payments processing firm at more than $10 billion (£7.76 billion), including debt, according to people familiar with the matter. The IPO would come as Paysafe expands its digital wallets offering to capitalise on the rise of online shopping and mobile phone payments, and brings in more technology partners such as Alphabet Inc`s Google.

It would also come two years after Blackstone and CVC took the company out of the London stock market with a 3 billion-pound ($3.9 billion) offer. Blackstone and CVC will interview investment banks next month to hire underwriters for an IPO, said the sources, who requested anonymity because the preparations are confidential. Blackstone, Paysafe and CVC declined to comment.

London-headquartered Paysafe handles more than $80 billion of transactions annually, and employs 3,000 people in 12 locations spread across Europe, North America and Asia, according to its website. Last week, it launched its Mobile Pay point-of-sale system in the United States.

Paysafe`s earnings are growing at a double-digit percentage pace, according to two of the sources, with one estimating the company will generate around $600 million of earnings before interest, tax, depreciation and amortization in 2020, up from $525 million in 2019.

This has also emboldened them to use their stock as currency for acquisitions. Last month, Global Payments acquired peer TSYS in a $21.5 billion all-stock deal, while Fiserv in July acquired First Data Corp also in an all-stock deal for $22 billion.

While Blackstone and CVC are focused on an IPO of Paysafe, it is possible they will consider an acquisition offer for it, should one emerge.