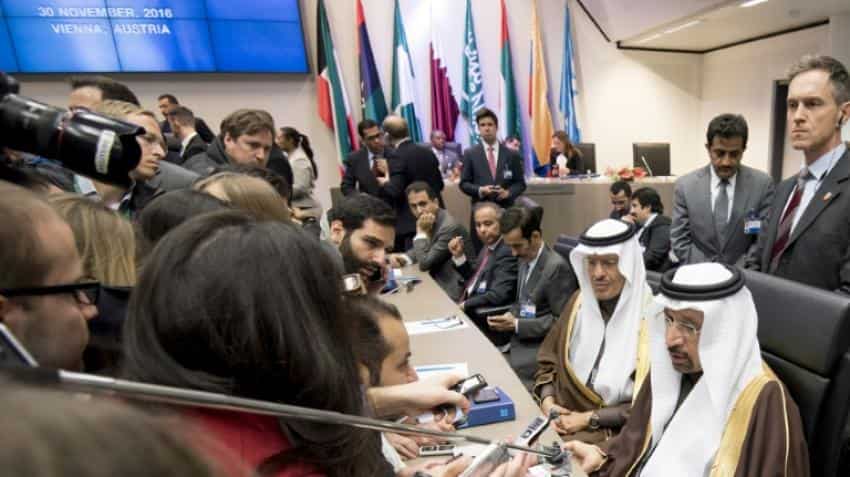 OPEC oil production fell in December but remains well above levels envisaged under a recent deal due to take effect from January, the cartel`s new monthly report showed on Wednesday.

Under the landmark November 30 deal, aimed at reducing a global supply glut that depressed oil prices, OPEC is meant to slash its output ceiling to 32.5 million bpd, effective January 1.

Iran, able to export crude freely again following the lifting of sanctions under a 2015 nuclear deal with major powers, can ramp up output to 3.8 million bpd.

Libya and Nigeria are exempt from the accord, while Indonesia has suspended its membership.

On December 10, OPEC also struck an agreement with countries outside the group, most notably Russia but not the United States (US), for them to reduce production by 558,000 bpd.

On Sunday a monitoring committee charged with tracking adherence to that deal is due to meet in Vienna for the first time.

Both deals boosted oil prices by around 20% to above $50 per barrel, but gains have been capped by unease about implementation and rising US shale production thanks to the higher prices.

Both agreements are valid for six months and are extendable for another six months.

Saudi Arabia`s Energy Minister Khaled al-Falih said on Monday it was "unlikely" that an extension would be necessary, pointing to a pick-up in global demand.