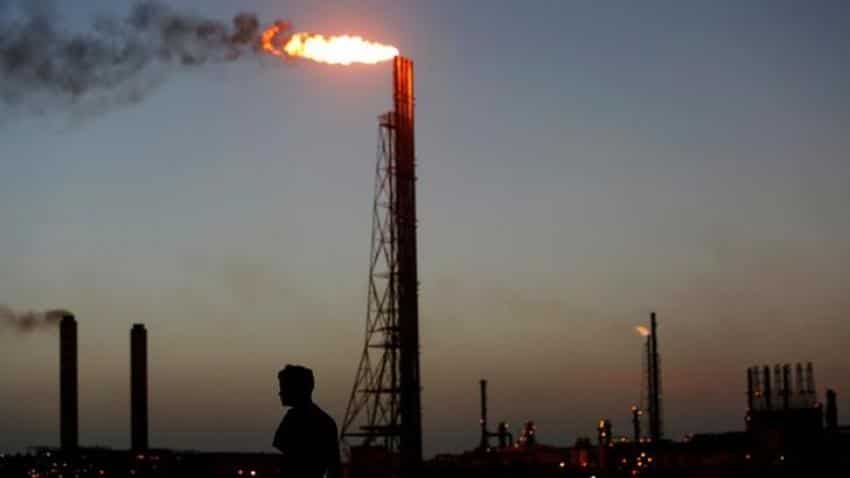 OPEC`s oil output in December fell from a record high ahead of a deal to cut production, a Reuters survey found on Thursday, helped by attacks on Nigeria`s oil industry and top exporter Saudi Arabia trimming exports.

The decline, the first since May according to Reuters survey, occurred despite higher exports from second-largest organisation of petroleum exporting countries (OPEC) producer Iraq and a further upward trend in Libyan output.

Supply from OPEC in December fell to 34.18 million barrels per day (bpd) from a revised 34.38 million bpd in November, according to the survey based on shipping data and information from industry sources.

The supportive impact of the agreement on prices may not occur straight away, an analyst at SEB said.

"We are not necessarily set for an immediate price take-off. One problem is the very high OPEC production in fourth-quarter (Q4) 2016," said Bjarne Schieldrop, chief commodities analyst at SEB. "The still-rising crude oil production in Libya is also creating concerns that OPEC`s cuts might be less effective."

Based on the December survey, OPEC is pumping 1.68 million bpd above the 32.50 million bpd production target that it agreed on November 30 to adopt from January 1 in its first supply cut decision in eight years.

OPEC output started to climb following its decision in late 2014 to retain market share rather than cut supply to prop up prices. Saudi Arabia, Iraq and Iran all pumped more and production also increased due to the return of Indonesia in 2015 and Gabon in July 2016 as OPEC members.

In December, the biggest reduction came from Nigeria, although not as a result of deliberate cuts to boost prices.

No Forcados crude was exported following an attack on a pipeline, and shipments of the Agbami stream fell most likely due to planned maintenance work, sources in the survey said.

Nigeria and Libya are both exempt from the OPEC supply cut agreement because of output losses caused by conflict.

Saudi Arabia, which said it pumped a record amount in November, supplied less in December, sources in the survey estimated. Exports were lower because customers asked for less crude, not because of cutbacks implemented under the OPEC deal.

"Exports are down markedly from a massive November number," said one source who tracks Saudi output. "The bottom line is December is down from November with regard to supply to market."

Among countries with higher output, the largest increase of 70,000 bpd was in Libya, where a two-year blockade was lifted in December on pipelines leading from two western fields. The recovery remains at risk from political conflict.

Output also climbed in Iraq, the survey found, with exports from the country`s south most likely exceeding November`s record rate of 3.407 million bpd, according to shipping data and industry sources.

Iran, which was allowed to raise output under the OPEC deal as sanctions had crimped its supply, pumped 30,000 bpd more.

The Reuters survey is based on shipping data provided by external sources, Thomson Reuters flows data, and information provided by sources at oil companies, OPEC and consulting firms.