The organisation of petroleum exporting countries (OPEC) could extend its oil supply-reduction pact with non-members or even apply deeper cuts from July if global crude inventories fail to drop to a targeted level. 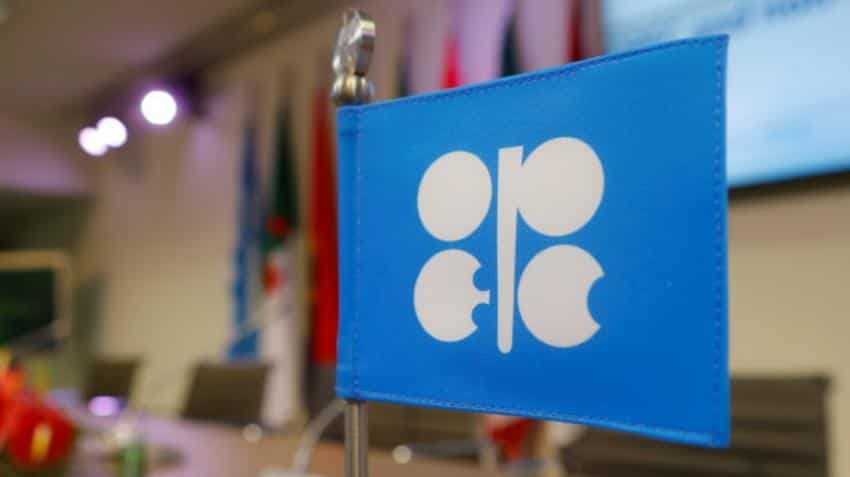 A flag with the OPEC logo is seen before a news conference in Vienna. Image Source: Reuters

OPEC could extend its oil supply-reduction pact with non-members or even apply deeper cuts from July if global crude inventories fail to drop to a targeted level, OPEC sources said.

The group, together with Russia and other non-OPEC oil producers, agreed late last year to cut output by 1.8 million barrels per day (bpd) to reduce a price-sapping glut. The deal took effect on January 1 and lasts six months.

For global petroleum inventories to fall by some 300 million barrels to the five-year average, producing countries must comply 100% with the supply accord and growth in demand for crude will have to stay healthy, the sources said.

"If we have full commitment by everybody, inventories will go down. By sometime in the middle of this year, maybe they will go near the five-year average. But that`s if you have 100% compliance," one OPEC source said.

"The question is, by how much will they fall? For that, you have to wait and see."

The Organisation of the Petroleum Exporting Countries (OPEC) meets next on May 25 to decide on supply policy, with non-members possibly also invited to attend.

OPEC producers in January achieved 93% compliance with the pledged reductions, of which the group`s de facto leader, Saudi Arabia, contributed the biggest chunk.

Officials in the 13-member OPEC, including Saudi Energy Minister Khalid al-Falih, have said oil stocks need to fall near to their five-year average for the group to say markets are becoming balanced.

Simple arithmetic shows that a cut of 1.8 million bpd for six months would reduce crude supply by around 300 million barrels over the period of the agreement, industry and OPEC sources say.

But because of the time needed to obtain accurate inventory data, the extent of the drawdown will not yet be clear when OPEC meets in May.

"If countries adhere then that would certainly be encouraging," another OPEC source said, adding that the supply pact could be extended by May if all major producers showed "effective cooperation".

Global petroleum inventories at the end of December had edged down to below 3 billion barrels, but were 286 million barrels above the five-year average, the International Energy Agency (IEA) said last week.

Of those 286 million barrels, stocks were split about evenly between crude and natural gas liquids on one side, and products on the other. The biggest build-up occurred in the United States (US).

"As an oil producer you need to moderate the crude first. The products will go down later," a third OPEC source said.

OPEC`s cuts so far have mostly focused on medium and heavy crudes, while US crude production is mainly light and sweet.

As a result of growing abundance, the United States (US) could ramp up exports of light crude, leading to a drop in domestic stocks of both crude and refined products.

But that should take longer than six months, especially as the US refinery maintenance season in the first quarter of this year is likely to result in higher crude inventories.

"Even if things are heading in the right direction, compliance has been good, there’s a good chance and high odds that the group (OPEC) decides that they want to continue this process," Energy Aspects analyst Richard Mallinson said.