As the 14-country OPEC`s meeting started in Vienna, Saudi Energy Minister Khalid al-Falih said he favoured extending cuts by nine months until the end of 2018. He said it was premature to talk about exiting the cuts at least for couple of quarters and added that OPEC would examine progress at its next meeting in June. 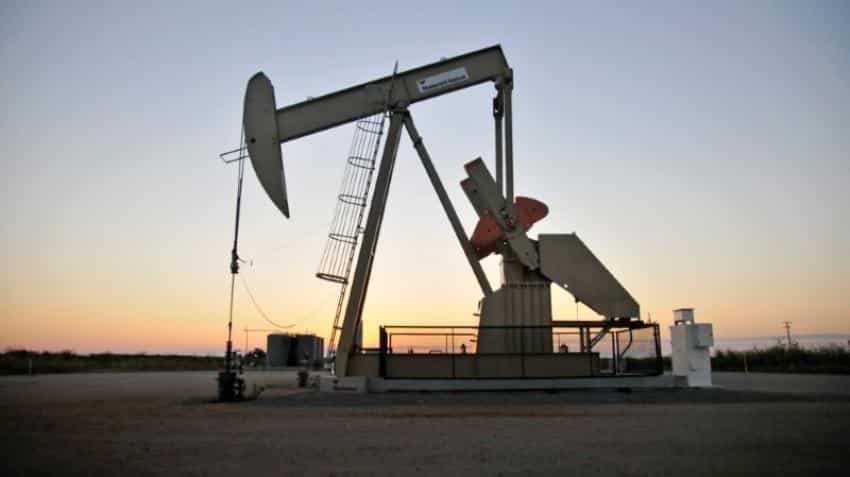 OPEC and non-OPEC oil producers look poised to agree on Thursday to extend output cuts until the end of 2018 to finish clearing a global glut of crude while signalling they could exit the deal earlier if the market overheats.

Non-OPEC Russia, which this year reduced production significantly with OPEC for the first time, has been pushing for a clear message on how to exit the cuts so the market doesn`t flip into a deficit too soon.

The producers` current deal, under which they are cutting supply by about 1.8 million barrels per day (bpd) in an effort to boost oil prices, expires in March.

As the 14-country OPEC`s meeting started in Vienna, Saudi Energy Minister Khalid al-Falih said he favoured extending cuts by nine months until the end of 2018.

He said it was premature to talk about exiting the cuts at least for couple of quarters and added that OPEC would examine progress at its next meeting in June.

"When we get to an exit, we are going to do it very gradually ... to make sure we don’t shock the market," he said.

The Iraqi, Iranian and Angolan oil ministers also said a review of the current deal was possible at the next OPEC meeting in June in case the market becomes too tight.

"The main parameters that could warrant a review are changes in the market and changes to prices," Iraqi Oil Minister Jabar al-Luaibi said.

Iran`s Bijan Zanganeh said $60 per barrel was a good price. International benchmark Brent crude is trading at around $63.

The meeting of the Organization of the Petroleum Exporting Countries will be followed by a gathering of OPEC and non-OPEC producers led by Russia at around 1400 GMT.
CAPPING NIGERIA, LIBYA

With oil prices rising above $60, Russia has expressed concerns that such an extension could prompt a spike in crude production in the United States, which is not participating in the deal.

Russia needs much lower oil prices to balance its budget than OPEC`s leader Saudi Arabia, which is preparing a stock market listing for national energy champion Aramco next year and would hence benefit from pricier crude.

"Prices will be well supported in December with a large global stock draw. The market could surprise to the upside with even $70 per barrel for Brent not out of the question if there is an unexpected interruption in supply," said Gary Ross, a veteran OPEC watcher and founder of Pira consultancy.

The production cuts have been in place since the start of 2017 and helped halve an excess of global oil stocks although those remain at 140 million barrels above the five-year average, according to OPEC.

Russia has signalled it wants to understand better how producers will exit from the cuts as it needs to provide guidance to its private and state energy companies.

"It is important ... to work out a strategy which we will follow from April 2018," Russian Energy Minister Alexander Novak said on Wednesday.

Bharti Airtel picks up 10 per cent stake in Waybeo