The Saudi energy ministry said on Wednesday that Saudi Aramco`s crude output in March will be 100,000 barrels per day (bpd) below its February level while exports would be kept below 7 million bpd. 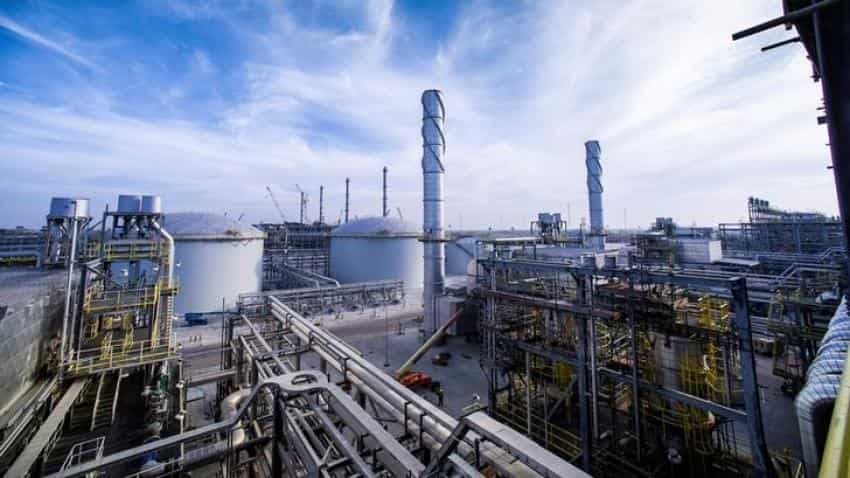 The Saudi energy ministry said that Saudi Aramco`s crude output in March will be 100,000 bpd below its February level while exports would be kept below 7 million bpd. Image source:
RELATED NEWS

Oil prices were stable on Wednesday, supported by a statement that Saudi crude output would drop in March, healthy economic growth and on a weakening U.S. dollar.

Despite this, oil prices remain well below recent highs due to signs of lingering oversupply, including rising U.S. inventories and ample physical flows globally.

U.S. West Texas Intermediate crude futures were at $59.19 a barrel at 0636 GMT, flat from their last settlement. WTI was trading above $65 in early February.

Brent crude futures were at $62.81 per barrel, up 9 cents from their last close. Brent was above $70 a barrel earlier this month.

The Saudi energy ministry said on Wednesday that Saudi Aramco`s crude output in March will be 100,000 barrels per day (bpd) below its February level while exports would be kept below 7 million bpd.

Despite this, some analysts warned that not all indicators were bullish.

"While we continue to see a firming fundamental backdrop over the course of this year...investors should not discount the caution signs that have been emerging," investment bank RBC Capital Markets said in a note to clients.

"Pockets of oversupply have been emerging in the physical market," the Canadian bank said. "The tempering physical oil backdrop is ... playing a central role in the recent price softness," it said.

The American Petroleum Institute said on Tuesday that U.S. crude inventories rose by 3.9 million barrels in the week to Feb. 9, to 422.4 million.

That was largely due to soaring U.S. crude production, which has jumped by over 20 percent since mid-2016 to more than 10 million bpd, surpassing that of top exporter Saudi Arabia and coming within reach of Russia, the world`s biggest producer.

U.S. crude is also increasingly appearing on global markets, and more is set to come as the Louisiana Offshore Oil Port starts testing supertankers for exports.

The surge in U.S. supplies means oil may be in oversupply again soon, flipping the 2017 deficit induced by supply restraint led by the Organization of the Petroleum Exporting Countries (OPEC) and Russia.

The International Energy Agency said expects oil demand to grow by 1.4 million bpd in 2018, but adding that output growth could outpace demand.

Citi said it expected 2018 oil markets to be balanced or in slight oversupply, forecasting a "market surplus of 0 to 0.2 million bpd."

OPEC and the IEA "are vastly underestimating the magnitude and sustainability of non-OPEC oil supply growth," Citi said.

Markets are already reacting, with physical prices for crudes from the North Sea, Russia, the United States, and Middle East becoming cheaper.

Despite the warning lights from within oil markets, economic fundamentals remain healthy.