OPEC`s largest producer, Saudi Arabia, expects crude exports to the United States in March will fall by around 300,000 barrels per day from February, in line with the supply-cut agreement OPEC struck in November, a Saudi energy ministry official said. 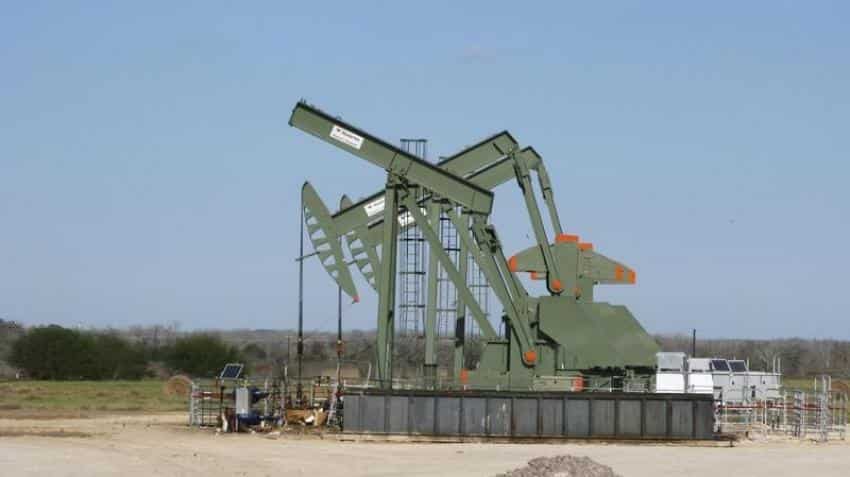 Oil prices dipped on Thursday, stuck near four-month lows because of investor concerns that OPEC-led supply cuts were not yet reducing record U.S. crude inventories.

OPEC`s largest producer, Saudi Arabia, expects crude exports to the United States in March will fall by around 300,000 barrels per day from February, in line with the supply-cut agreement OPEC struck in November, a Saudi energy ministry official said.

Benchmark Brent crude oil settled at $50.56 a barrel, down 8 cents on the day. On Wednesday, Brent slid as low as $49.71, its lowest since Nov. 30 when OPEC announced plans to cut output.

Brent has slid well below this year`s high above $58, reached shortly after Jan. 1 when the deal between the Organisation of the Petroleum Exporting Countries and non-OPEC states to curb supplies by 1.8 million barrels per day (bpd) came into effect.

OPEC has broadly met its commitments to reduce output, but non-OPEC producers have yet to fully deliver on pledged cuts and U.S. shale oil producers have been pumping more oil after crude prices recovered from last year`s drop below $30.

Crude stocks in the United States, the world`s largest oil consumer, were a record 533 million barrels last week after a bigger-than-expected 5 million barrel jump, the U.S. Energy Information Administration said. In the week ended March 17, U.S. imports from Saudi Arabia unexpectedly rose by more than 200,000 bpd to 1.28 million bpd, after a sharp decline the prior week.

"OPEC is going to do their best to jawbone this market higher, but it seems the market is going to do its best to reject that," said Oliver Sloup, director of managed futures at IITrader.com.

"We think there won`t be as much follow-through from OPEC as there has been in the past."

The market may come under further pressure as U.S. rig counts continue to rise, he said.

"Headwinds from rising production and compliance issues will keep the upside limited for now," said Ole Hansen, head of commodity strategy at Saxo Bank, adding that risks were "skewed to the downside" and the upside for Brent was limited to $53.

Oil ministers from OPEC and some non-OPEC states meet on Sunday in Kuwait, where they are expected to discuss compliance.