Oil rises to near one-month high on supply tightening 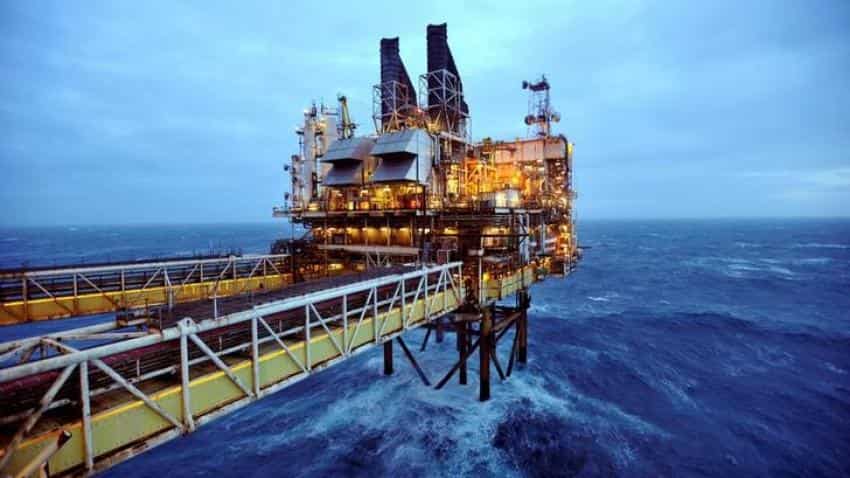 Oil climbed to a near one-month high on Wednesday on signs of a gradual tightening in global oil inventories and on concerns about a supply outage at a field in the United Kingdom`s North Sea that feeds into an international benchmark price.

Both benchmarks on Wednesday hit their highest levels since March 8.

Buzzard produces about 180,000 barrels per day. It is the largest contributor to the Forties crude stream that is a key component of the physical Brent oil price that the Brent futures contract settles against.

Traders also said that prices gained amid slowly tightening market conditions, with the Organization of the Petroleum Exporting Countries (OPEC) leading an effort to cut output.

With most of OPEC`s crude exported on tankers, tracking ship movements can be a good gauge of market conditions.

Shipped oil supplies have fallen by as much as 17 percent this year, according to oil analysis firm Vortexa.

"These changes are a signal that the rebalancing is happening faster than many in the market believe."

Trading data in Thomson Reuters Eikon shows that OPEC shipments to the rest of the world fell to 813.7 million barrels by the end of March from 796.6 million barrels in January.

But the tighter markets will only gradually lead to a reduction in bloated inventories as production especially the United States is rising.

The U.S. Energy Information Administration will issue its inventory figures later on Wednesday.

At the heart of the bloated U.S. market is rising production.

The U.S. rig count rose for an 11th straight week last week to 662, making the first quarter of 2017 the strongest quarter for rig additions since mid-2011, according to energy services firm Baker Hughes.