Oil prices rose on Thursday after record Chinese crude imports eased concerns that a slowdown in the world`s No.2 economy could stoke an emerging fuel glut. 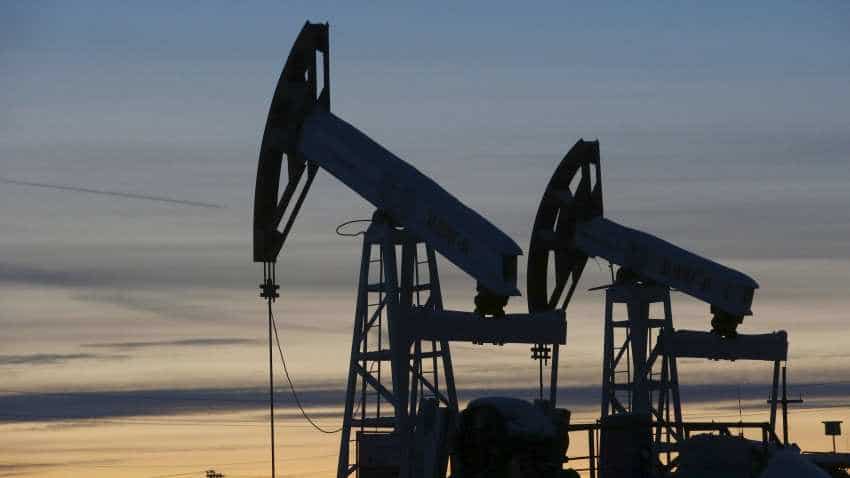 Oil prices rose on Thursday after record Chinese crude imports eased concerns that a slowdown in the world`s No.2 economy could stoke an emerging fuel glut. However, oil markets were held back somewhat after the United States became the world`s top crude producer as its output hit record levels.

China`s October crude imports surged 32 percent from a year earlier to 40.80 million tonnes, or 9.61 million barrels per day (bpd), data from the General Administration of Customs showed on Thursday, climbing from 9.05 million bpd in September. The previous daily record of 9.6 million bpd was touched in April 2018.

Imports rose 8.1 percent for the first 10 months of the year from the same period last year to 377.16 million tonnes, or 9.06 million bpd, on track for another record year of shipments. "Crude oil imports rose ... as uncertainty around tariffs on U.S. imports and sanctions on Iran eased," said ANZ bank following the data release.

THE ONLY WAY IS UP

Preventing crude from rising further, however, was record U.S. crude production, which hit a whopping 11.6 million bpd in the week ending Nov. 2, according to Energy Information Administration (EIA) data released on Wednesday.

That`s a threefold increase from the U.S. low reached a decade ago, and a 22.2 percent rise just this year. It makes the United States the world`s biggest producer of crude. More U.S. oil will likely come. The EIA expects output to break through 12 million bpd by mid-2019, largely thanks to a surge in shale oil production.

Meanwhile, U.S. crude inventories rose by 5.8 million barrels in the week ending Nov. 2, to 431.79 million barrels, the EIA said. Crude stocks moved back above their five-year average levels in October.

Production has not just risen in the United States, but also in many other countries, including Russia, Saudi Arabia, Iraq and Brazil, stoking producer concerns of a return of oversupply that depressed oil prices between 2014 and 2017.

With output overall rising, supply is ample despite the Iran sanctions now in place, prompting rumblings within the Middle East dominated Organization of the Petroleum Exporting Countries (OPEC) that renewed supply cuts may be needed next year to prevent a glut.

"OPEC and Russia may use cuts to support $70 per barrel," said Ole Hansen, head of commodity strategy at Saxo Bank.