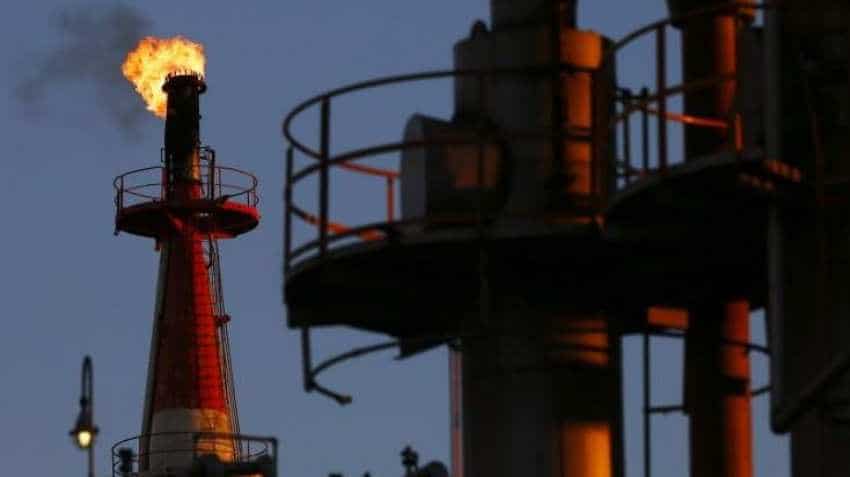 Oil prices rose more than 1% on Monday, supported by Middle East tensions and OPEC-led supply cuts as well as continued crude disruptions from Russia after a contamination problem discovered last month.  Output reductions - both voluntary by the Organization of the Petroleum Exporting Countries (OPEC) and allies, plus those resulting from U.S. sanctions - have helped Brent crude, the global benchmark, rise by about 29% this year.

Tensions between the United States and Iran, with Washington`s announcement on Friday that it would deploy more troops to the Middle East, raised the prospect of supply disruptions and supported prices. Some analysts said its impact could be limited.  "This move further increases tensions in the regions, but with the U.S. and UK markets closed today and most of the geopolitical tension likely already priced in to the market, effects on crude prices may remain subdued," JBC Energy said in a report.

Russia`s oil production continued to fall this month, two industry sources told Reuters on Monday, under pressure from lower exports after shipments via the Druzhba pipeline to Europe were found to be contaminated in April. Falling output due to the contamination helped to tighten the market and boost prices.

Supply reductions led by OPEC have also helped crude futures rally. In comments suggesting OPEC is not in a rush to ease supply restraint ahead of a mid-year meeting to review policy, Kuwait`s oil minister Khaled al-Fadhel said the market was expected to be in balance.

"We still have some more work to do. I believe the market is expected to be balanced during the 2nd half of 2019, more towards the end of the year,” Al-Fadhel told Reuters. In addition to the OPEC-led supply cuts, U.S. sanctions on OPEC members Iran and Venezuela have curbed their crude exports, reducing supplies further.

Brent`s price structure remains in backwardation, with prices for prompt delivery higher than those for future dispatch, suggesting a tight balance between supply and demand. Concerns about crude demand, however, limited gains.  "The main factor preventing the market from going higher on the geopolitical news is really the concern about the global economy," said Petromatrix oil analyst Olivier Jakob.