Oil prices edged lower on Friday due to demand fears amid a standoff in Sino-U.S. trade talks, but both benchmarks ended the week higher on rising concerns over supply disruptions in Middle East shipments due to U.S.-Iran political tensions. 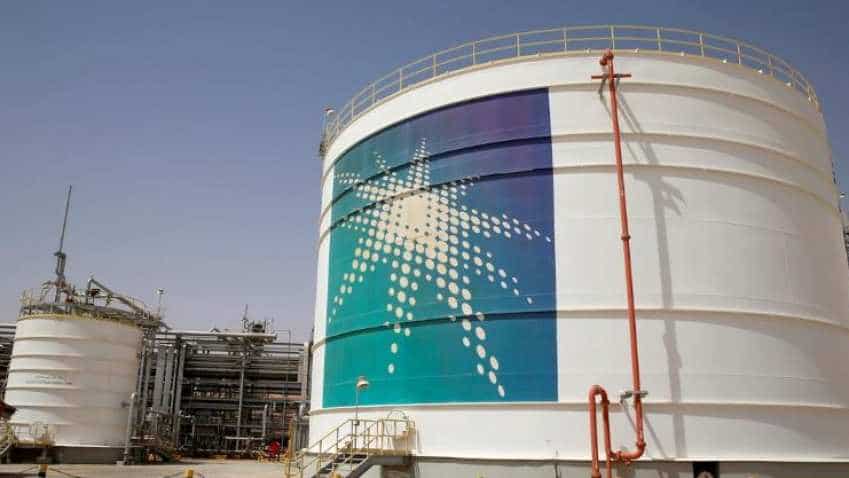 U.S. sanctions on Iran have already cut the OPEC member`s crude exports further in May, adding to supply curbs implemented through an OPEC-led pact for the first six months of the year. Image source: Reuters

Oil prices edged lower on Friday due to demand fears amid a standoff in Sino-U.S. trade talks, but both benchmarks ended the week higher on rising concerns over supply disruptions in Middle East shipments due to U.S.-Iran political tensions. Iran said on Friday it could "easily" hit U.S. warships in the Gulf, the latest in days of sabre-rattling between Washington and Tehran, while its top diplomat worked to counter U.S. sanctions and salvage a nuclear deal denounced by President Donald Trump.

U.S. sanctions on Iran have already cut the OPEC member`s crude exports further in May, adding to supply curbs implemented through an OPEC-led pact for the first six months of the year.  Brent crude fell 41 cents, or 0.6%, to settle at $72.21 a barrel. The global benchmark notched a weekly gain of about 2%, having ended last week largely steady and fallen the week before.

U.S. West Texas Intermediate crude fell 11 cents to end the session at $62.76, and gained about 1.7% on the week. Oil prices came under pressure on Friday from seesawing U.S. equity markets due to fears over global economic growth amid the escalation of a trade war between the world`s top economies.

Chinese media took a hardline approach to the tariff dispute between the Washington and Beijing, saying the trade war will only make China stronger and will never bring the country to its knees. "Despite what we view as a balanced oil market both domestically and globally, oil pricing is apparently still sensitive to evolving developments in the Persian Gulf where occasional minor military events are slowly cranking up geopolitical risk premium," said Jim Ritterbusch, president of Ritterbusch and Associates.

Iran`s foreign ministry on Friday rejected accusations by Saudi Arabia that Tehran had ordered an attack on Saudi oil installations claimed by Yemen`s Iran-aligned Houthi militia. Iran`s elite Revolutionary Guards (IRGC) are "highly likely" to have facilitated attacks last Sunday on four tankers including two Saudi ships off Fujairah in the United Arab Emirates, according to a Norwegian insurers` report seen by Reuters.

A Saudi-led military coalition in Yemen carried out several air strikes on the Houthi-held capital Sanaa on Thursday. "When tensions are this high, with the U.S. deploying a sizeable military force, even a mistake or a tactical error by Iran could ignite the Middle East powder keg," Stephen Innes, head of trading and market strategy at SPI Asset Management, told Reuters by email.

"There are lots of supply risks with tensions this high."  Besides the drop in Iranian exports, Russian shipments have been disrupted and the North Sea - home to the crude underpinning Brent futures - is also in tighter supply owing to oilfield maintenance and outages.

The market is also awaiting a decision from the Organization of the Petroleum Exporting Countries (OPEC) and other producers over whether to continue with supply cuts that have boosted prices more than 30% so far this year. A meeting of an OPEC-led ministerial committee in Saudi Arabia this weekend will assess member states` commitment to their deal to reduce oil production and could make a recommendation on whether to extend or adjust the pact.

The mounting Middle East tensions overshadowed bearish developments for oil prices this week, such as an unexpected increase in U.S. crude inventories and consistently record-high production levels.  However, U.S. energy firms this week reduced the number of oil rigs operating for the second week in a row, with the rig count at its lowest since March 2018, as some drillers follow through on plans to cut spending.