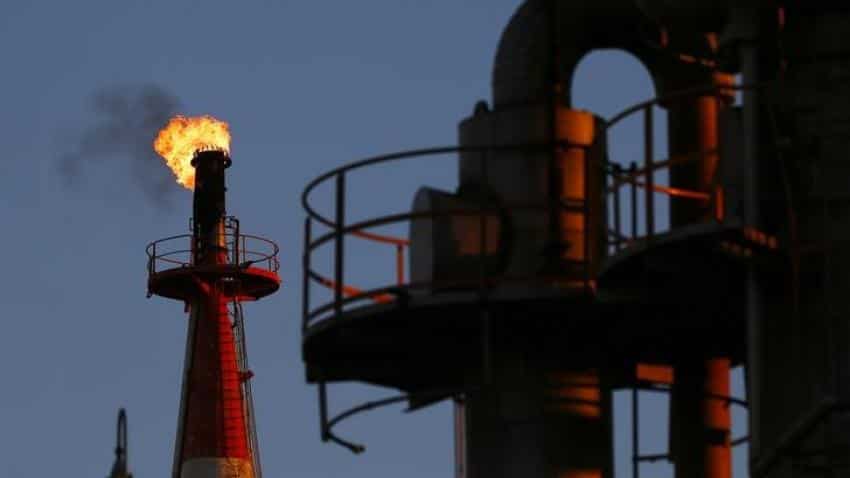 Brent oil prices rose on Friday and were set for a sixth straight week of gains, boosted by strong demand, looming sanctions on Iran, plummeting Venezuelan production and Nigerian disruptions, as Saudi Arabia moved to assuage supply concerns. Brent crude futures rose by 51 cents to $79.81 a barrel at 1209 GMT. The benchmark broke through $80 for the first time since November 2014 on Thursday.

U.S. West Texas Intermediate crude futures were at $71.61 a barrel, up 12 cents and set for a third straight week of increase. British bank Barclays said it expected average prices of $70 per barrel for Brent this year and $65 a barrel for 2019, up from estimates of $63 and $60 previously. "Since last month, Venezuela`s production decline, Trump`s Iran sanctions decision, a new disruption in Nigeria, and anecdotal evidence from a new round of producer earnings require a price forecast revision," the bank said.

Rising prices have already raised the alarm among big oil-consuming countries. OPEC kingpin Saudi Arabia said on Thursday it would make sure the world is adequately supplied with oil just as major consumer India expressed frustration with rising prices.

The International Energy Agency said oil inventories in the developed world had already dipped below the five-year average, a measure targeted by OPEC and its allies. Beyond OPEC`s cuts, strong demand, falling output from Venezuela and a U.S. announcement this month that it would renew sanctions against OPEC member Iran have helped push up Brent by 20 percent since the start of the year.

US investment bank Jefferies said sanctions against Iran could remove more than 1 million barrels per day (bpd) from the market. Barclays said output from Venezuela could fall below 1 million bpd. The country, also an OPEC member, produced around 1.5 million bpd in April.

In Nigeria, Shell declared force majeure on Thursday on loadings of Bonny Light crude. Exports of the grade were expected to run at nearly 200,000 bpd in June. Nigeria`s Forcados stream was also experiencing delays due to a pipeline leak.

BP, however, sees the rally cooling off. The oil major`s Chief Executive Bob Dudley told Reuters he sees oil falling to between $50 and $65 a barrel due to surging shale output and OPEC`s capacity to boost production.