Oil prices rose nearly 4% on Friday on signs of progress in U.S.-China trade talks and stronger-than-expected economic data in both countries, including U.S. employment and Chinese manufacturing activity numbers. 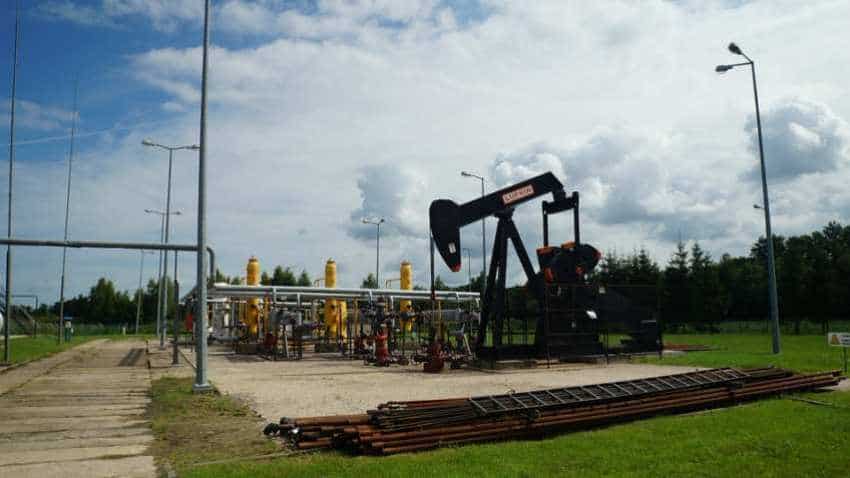 Oil prices rose nearly 4% on Friday on signs of progress in U.S.-China trade talks and stronger-than-expected economic data in both countries, including U.S. employment and Chinese manufacturing activity numbers. Brent crude ended the session up $2.07, or 3.5%, at $61.69 a barrel, but notched a drop of about 0.4% for the week. West Texas Intermediate crude settled $2.02, or 3.7% higher at $56.20 a barrel, but fell about 0.8% in the week.

U.S. and Chinese negotiators had made "enormous progress" toward finalizing a "phase one" agreement, although the deal was not yet 100% complete, White House economic adviser Larry Kudlow told reporters. "You`re going to get a strong reaction from what seems like a deal for now," said John Kilduff, a partner at Again Capital Management in New York.

"This markedly improves the outlook for the global economy – particularly in Asia where it has suffered the most from the fallout from the trade war." Both benchmarks fell earlier in the week after a hike in U.S. crude inventories, especially at the Cushing, Oklahoma, delivery hub for WTI, and as the trade war weighed on prices, fanning fears that slowing economic growth could dent demand for oil.

"The market has been driven lower this week on fears of slowing demand growth because of uncertainty regarding U.S.-China trade relations and a sizeable expected build in crude stocks," said Gene McGillian, vice president of market research at Tradition Energy in Stamford, Connecticut. "I think today`s action is a reversal of that, and you`re probably also seeing some weekend covering."

U.S. crude prices also received some support after a leak in North Dakota forced TC Energy Corp to shut its 590,000-barrel-per-day (bpd) Keystone pipeline that brings Canadian crude from northern Alberta to refineries in the U.S. Midwest. The pipeline also flows to Cushing, where the outage is expected to drain inventories.

Prices were also supported on Friday by expansion in China`s factory activity at the fastest pace since 2017, raising optimism over the health of its economy. U.S. jobs growth also slowed less than expected in October. "With the positive jobs report and the Fed recently lowering interest rates, I think it definitely eases some concerns around U.S. economic growth," McGillian said. "Worries about economic growth are largely in Europe and Asia."

A Reuters survey, however, showed that oil prices were expected to remain under pressure this year and next. The poll of 51 economists and analysts forecast Brent crude would average $64.16 a barrel in 2019 and $62.38 next year. Another Reuters survey found output from the Organization of the Petroleum Exporting Countries recovered in October from an eight-year low, with a rapid recovery in Saudi production from attacks on its oil infrastructure in September offsetting losses in Ecuador and voluntary curbs under an international supply pact.

Prices were also supported after U.S. energy firms this week reduced the number of oil rigs operating for a second week in a row as independent producers cut spending as record crude production weighs on the outlook for energy prices.