Crude futures fell about 3% on Tuesday after Iran rejected an offer from Saudi Arabia to limit its oil output in exchange for Riyadh cutting supply. 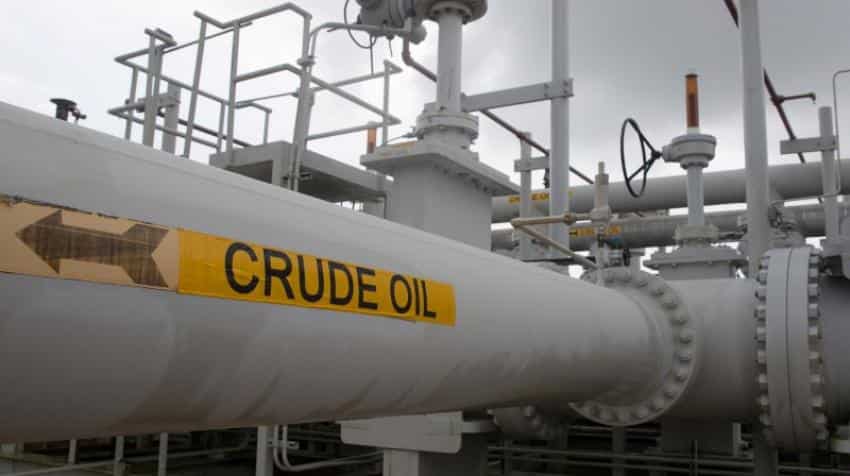 A maze of crude oil pipes and valves is pictured during a tour by the Department of Energy at the Strategic Petroleum Reserve in Freeport. Photo: Reuters

Oil prices rose early on Wednesday, after sharp losses in the previous session, as industry data showed a surprise draw in US crude stocks, although worries over a lack of agreement among producers to curb output kept a lid on gains.

Crude futures fell about 3% on Tuesday after Iran rejected an offer from Saudi Arabia to limit its oil output in exchange for Riyadh cutting supply, dashing market hopes the two major OPEC producers would find a compromise this week to help ease a global glut of crude.

Members of the Organization of the Petroleum Exporting Countries (OPEC) will hold informal talks at 1400 GMT on Wednesday. Its members are also meeting non-OPEC producers on the sidelines of the three-day International Energy Forum, being held in Algiers and which ends on Wednesday.

"It looks increasingly likely that an agreement won`t be reached in Algiers, with OPEC now working towards something at November`s official meeting," ANZ said in a note on Wednesday.

Oil prices drew support from data from industry group the American Petroleum Institute that showed crude stocks fell 752,000 barrels in the week ended Sept. 23 to 506.4 million barrels, versus expectations for a 2.8 million-barrel build.

The market is now waiting for official inventory data from U.S. Department of Energy`s Energy Information Administration (EIA), to be released later in the day, for confirmation if stocks fell unexpectedly for a fourth straight week.