Oil prices rose more than 2% on Friday after Iranian media said a state-owned oil tanker was attacked in the Red Sea near Saudi Arabia, while optimism surrounding the U.S.-China trade war lifted sentiment. Brent crude futures gained $1.41, or 2.4%, to settle at $60.51 a barrel. 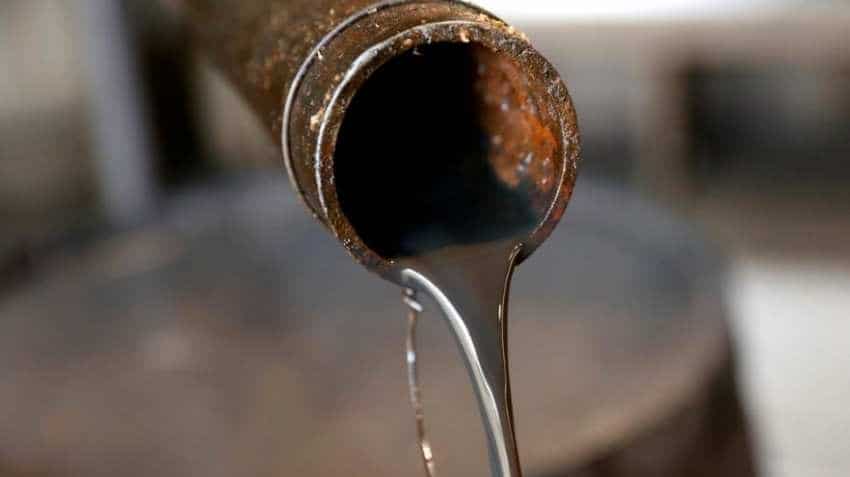 Oil prices rose more than 2% on Friday after Iranian media said a state-owned oil tanker was attacked in the Red Sea near Saudi Arabia, while optimism surrounding the U.S.-China trade war lifted sentiment. Brent crude futures gained $1.41, or 2.4%, to settle at $60.51 a barrel. West Texas Intermediate (WTI) crude futures rose $1.15, or 2.2%, to settle at $54.70 a barrel.

The gains were tempered by the International Energy Agency`s forecast for weakened demand in 2020. Still, Brent and WTI were headed for their first weekly increases in three weeks. Brent rose 3.7% for the week, while WTI gained 3.6%. The Iranian Suezmax crude tanker was struck in the Red Sea off Saudi Arabia`s coast on Friday, Iranian media said, with various reports differing on the level of damage caused.

The National Iranian Tanker Company (NITC) said the ship was damaged but stable and denied reports it had been set ablaze. "We estimate that the tanker event is worth about $1/bbl of risk premium that could easily be erased within a couple of sessions if no blame is assessed and no follow up incidents develop," Jim Ritterbusch, president of oil trading advisory firm Ritterbusch and Associates, said in a note.

Iranian oil exports are under U.S. sanctions that have diminished Iran`s impact on the global supply picture. Tensions in the Middle East have escalated in the wake of attacks on tankers and U.S. drones in the Strait of Hormuz, a key shipping artery for the global oil trade. The United States is sending more troops - potentially thousands - to Saudi Arabia in the wake of the attacks on Saudi Aramco facilities. It did not specify how those troops would be used.

Both benchmarks recorded their biggest daily rise since Sept. 16, the first trading day after attacks on Saudi installations knocked out more than half of the kingdom`s crude output and temporarily pushed oil prices up by about 20%. Meanwhile, Gabon has told OPEC it will comply fully with its pledge to cut oil output under a 2019 supply deal between the exporter group and rivals such as Russia, in the latest sign of an OPEC push to improve compliance before its next meeting in December.

The International Energy Agency (IEA) on Friday said global oil markets had recovered quickly from the Saudi attacks and even face oversupply next year as demand slows. Troubled economic prospects for 2020 prompted the IEA to reduce its forecast for oil demand growth by 100,000 barrels per day (bpd) to 1.2 million bpd.

Investors are also watching developments in the U.S.-China trade war, which has stoked fears of a global recession and raised concerns about global oil demand. President Donald Trump and other U.S. officials on Friday signaled good news was coming in trade talks with China, while Beijing indicated it was open to a "partial" deal that would avoid a planned hike in tariffs on its goods.