Front-month prices for both contracts posted their largest quarterly falls this year on Monday, hurt by a slowdown in global economic growth amid the U.S.-China trade war. 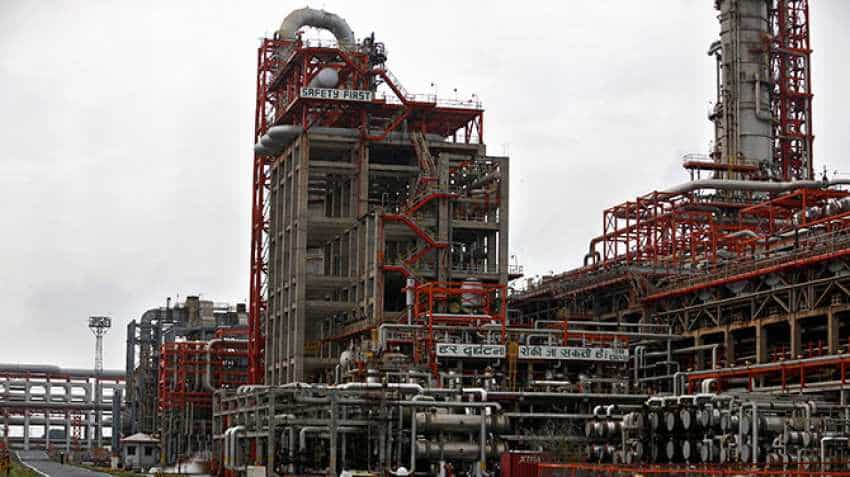 Oil prices rebounded in early Asian trade on Tuesday after production at the world`s largest oil producers fell in the third quarter, although demand concerns continued to keep a keep a lid on prices. December Brent crude futures rose 44 cents, or 0.7% to $59.69 a barrel by 0202 GMT, while U.S. West Texas Intermediate crude was up 39 cents, or 0.7%, at $54.46 a barrel.

Front-month prices for both contracts posted their largest quarterly falls this year on Monday, hurt by a slowdown in global economic growth amid the U.S.-China trade war. "Asia has seen some profit-taking from short-term money and other bargain hunters," Jeffrey Halley, a senior market analyst for Asia Pacific at OANDA in Singapore, said.

"Any rallies though are likely to be met with plenty of sellers as a slowing global economy and the recovery of Saudi production outweigh any Middle East risk factors for now."

Oil prices are likely to remain steady, with Brent averaging $65.19 a barrel and WTI $57.96 in 2019, as flagging demand outweighs supply shocks, a Reuters survey showed.

Saudi Aramco has restored full oil production and capacity to the levels they were at before attacks on its facilities on Sept. 14, the head of its trading arm said on Monday. Saudi Arabia pumped about 9.78 million barrels per day (bpd) in August.

Still, OPEC`s output fell to the lowest in eight years in September at 28.9 million bpd, down 750,000 bpd from August`s revised figure and the lowest monthly total since 2011, a separate Reuters survey found.

Output at the world`s two largest producers, the United States and Russia, also fell in July and September, respectively.

Russia`s output declined to 11.24 million bpd in Sept. 1-29, down from 11.29 million bpd in the previous month, sources said, although it`s still above the quotas set in an output deal between Russia and OPEC.

US crude oil output fell 276,000 bpd in July to 11.81 million bpd as federal offshore Gulf of Mexico production slid, according to a U.S. Energy Information Administration monthly report released on Monday. US production peaked at 12.12 million bpd in April.