Oil prices rebounded on Thursday after an early slide, helped by dollar weakness and signs of output cuts by the world`s top crude exporter Saudi Arabia that eased concerns about a glut. 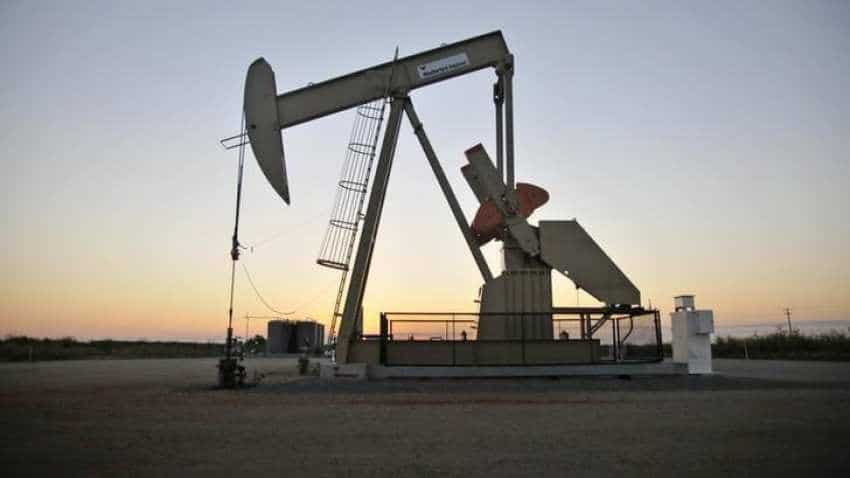 Oil prices rebounded on Thursday after an early slide, helped by dollar weakness and signs of output cuts by the world`s top crude exporter Saudi Arabia that eased concerns about a glut.

The dollar added support as it slipped against a basket of currencies, making dollar-denominated oil cheaper for holders of other currencies.

The Organization of the Petroleum Exporting Countries led by Saudi Arabia, alongside other producers led by Russia, agreed last year to rein in supplies starting from January after oil tumbled from above $86 on worries about surging output.

In physical oil markets, Riyadh is expected to cut February prices for heavier crude grades sold to Asia by up to 50 cents a barrel due to weaker fuel oil margins, respondents to a Reuters survey said on Thursday.

President Donald Trump took credit for driving down oil prices, saying the drop amounted to a tax cut for Americans.

"People see that gasoline is way down and the reason it`s way down is because I called up some of the OPEC people," Trump told reporters. "I made calls, I said you better let that oil, that gasoline flow, and they did."

Thursday`s swing in the oil price, which fell as much as 2 percent in earlier trade, mirrored volatility in other markets after tech giant Apple cut its sales forecast, citing a slowdown in China.

This has added to concerns about a slowing global economy, which weighs on prospects for oil demand.

"This is a continuation of the volatility afflicting commodities and oil with the last 24 hours marked by the release of various weak economic data points, particularly manufacturing PMIs, for major economies," consultancy JBC Energy said.

More broadly, oil markets have been sliding with rising production from top producers, the United States and Russia.

Supply from Iraq, the second biggest producer in OPEC, has also climbed, with December exports at 3.73 million bpd versus 3.37 million bpd in November.