Oil prices held steady near three-month highs on Friday, heading for a third consecutive weekly rise, on the back of easing Sino-US trade tensions. 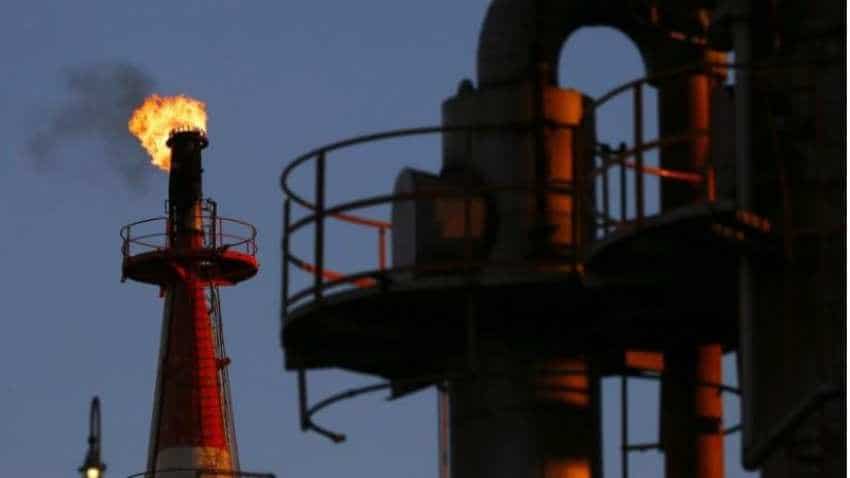 Oil prices held steady near three-month highs on Friday, heading for a third consecutive weekly rise, on the back of easing Sino-U.S. trade tensions that have weighed on demand as well as the global economic growth outlook. Brent futures were up 5 cents, or 0.08%, to 66.59 a barrel by 0242 GMT, while U.S. West Texas Intermediate crude was down 8 cents, or 0.13%, at $61.10 per barrel.

Progress in a long-running trade dispute between the United States and China, the world`s two biggest oil consumers, has boosted expectations for higher energy demand next year.

China on Thursday announced a list of import tariff exemptions for six oil and chemical products from the United States, days after the world`s two largest economies announced an interim trade deal set to be signed at the beginning of January.

"A world with less uncertainty (following last week`s proposed U.S.-China trade agreement) was the real driver of the market optimism on the 2020 outlook," ANZ Research said in a note.

The Organization of Petroleum Exporting Countries (OPEC) and its allies including Russia agreed in early December to make a further cut of 500,000 barrels per day (bpd) from Jan. 1 on top of previous reductions of 1.2 million bpd.

The trade deal progress aside, a drop in U.S. crude inventories also supported oil prices to hold near three-month highs.

"Product demand is up, and with a more constructive global growth outlook than at any time of this year, oil markets remain supported by the fundamental backdrop," Innes added.