Oil prices rose to a five-month high on Monday, driven by expectations that global supplies would tighten due to fighting in Libya, OPEC-led cuts and U.S. sanctions against Iran and Venezuela. 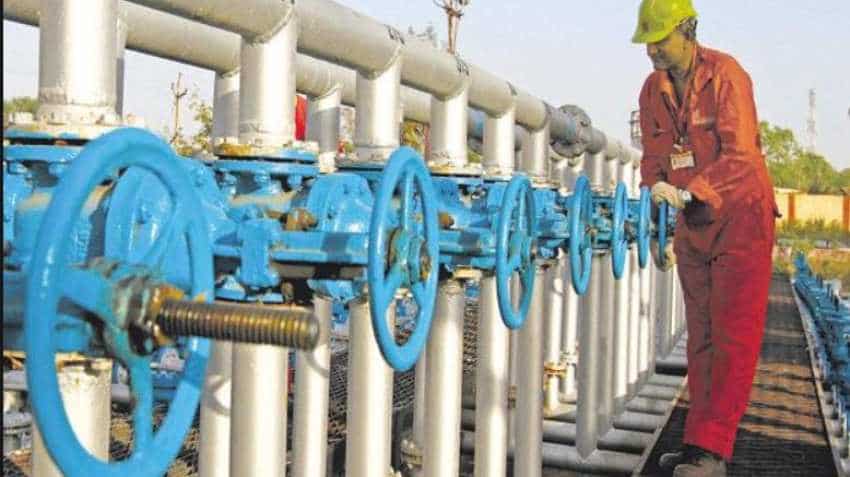 Oil prices rose to a five-month high on Monday, driven by expectations that global supplies would tighten due to fighting in Libya, OPEC-led cuts and U.S. sanctions against Iran and Venezuela. International benchmark Brent futures rose 74 cents, or 1.1 percent, to $71.08 a barrel by 12:56 p.m. EDT (1656 GMT). U.S. West Texas Intermediate (WTI) crude futures were up $1.19 to $64.27 a barrel, a 1.9 percent gain.

Brent`s session high of $71.16 a barrel and WTI`s of $64.39 were the highest since November. Traders said prices extended gains after data from market intelligence firm Genscape showed crude stockpiles at Cushing, Oklahoma, the delivery point for WTI, fell by about 419,000 barrels last week. Investors already were focused on supply during the session as fighting in oil-rich Libya threatened to disrupt exports. Eastern forces were advancing on the country`s capital, disregarding global appeals for a truce.

"The violence in Libya is captivating the market," said John Kilduff, a partner at Again Capital LLC in New York. "Given the intense efforts of Saudi Arabia and other countries to restrict output, there is a sense that losing the Libyan oil, again, has the makings of a supply crunch." To prop up prices, the Organization of the Petroleum Exporting Countries and allies such as Russia pledged to withhold around 1.2 million barrels per day (bpd) of supply from the start of this year. The group, led by Saudi Arabia, has exceeded those expectations so far this year.

"OPEC`s ongoing supply cuts and U.S. sanctions on Iran and Venezuela have been the major driver of prices throughout this year," said Hussein Sayed, chief market strategist at futures brokerage FXTM. Despite the factors boosting prices, there are still factors that could bring oil prices down later this year.

Russia is a reluctant participant in its agreement with OPEC, and Kirill Dmitriev, the head of Russia`s direct investment fund, said OPEC and its allies should raise output from June. Dmitriev previously said it was too early to pull back from cuts.

Saudi Energy Minister Khalid al-Falih on Monday said it was premature to say whether a consensus existed among OPEC and its allies to extend cuts but a meeting next month would be key. Russian oil output reached a national record high of 11.16 million bpd last year.  U.S. crude production reached a global record of 12.2 million bpd in late March.