US crude inventories fell by 3 million barrels to 430.6 million barrels in the week to June 15, according to American Petroleum Institute (API) in a weekly report on Tuesday. Brent crude futures rose 40 cents, or 0.5 percent, to $75.48 per barrel at 0653 GMT, compared with their last close on Tuesday. 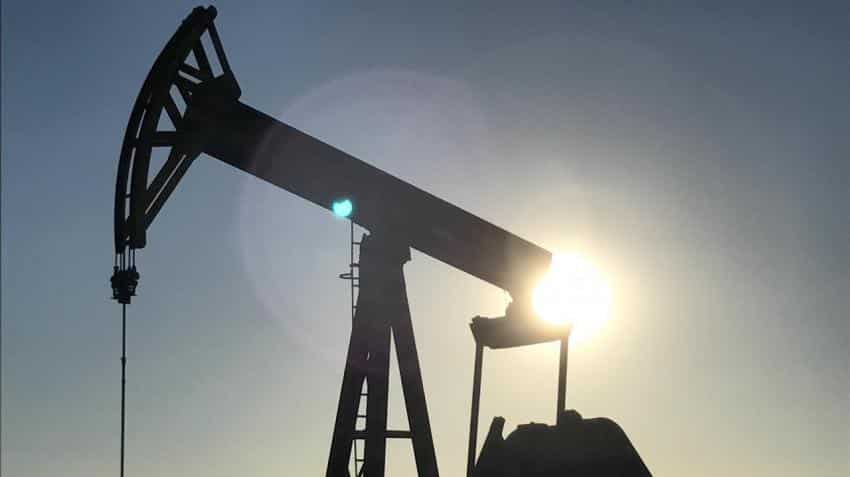 Oil prices rose on Wednesday, supported by a drop in US commercial crude inventories and the loss of storage capacity in oil producer Libya.

US crude inventories fell by 3 million barrels to 430.6 million barrels in the week to June 15, according to American Petroleum Institute (API) in a weekly report on Tuesday.

Traders said a drop in Libyan supplies due to the collapse of an estimated 400,000-barrel storage tank also helped push up prices.

Looming larger over markets, however, is a June 22 meeting in Vienna of the Organization of the Petroleum Exporting Countries (OPEC) with some other producers, including Russia, to discuss supply.

De-facto OPEC leader and top crude exporter Saudi Arabia, as well as Russia, which is not a member of the cartel but is the world`s biggest oil producer, are pushing to loosen supply controls introduced in 2017 to prop up prices.

Other OPEC-members, including Iran, are against such a move, fearing a sharp slump in prices.

"Saudi Arabia and Russia continued to push for a relaxation in production constraints, going against many other members` wishes," ANZ bank said on Wednesday.

"Iran rejected a potential compromise, saying it won`t support even a small increase in oil production. This puts Saudi Arabia in a tough position, as unanimity is needed for any accord to be reached," it added.

Jack Allardyce, oil-and-gas research analyst at Cantor Fitzgerald Europe, said he had the "expectation that supply quotas will be increased, but probably more in line with the smaller range being quoted (300,000-600,000 barrels per day) given the lack of consensus amongst OPEC members."

Allardyce said "we could see this knocking $5 per barrel off Brent and perhaps squeezing the WTI discount a little."

Markets are also anxiously watching trade tensions between the United States and China, in which both sides have threatened to impose stiff duties on each other`s exports, including US crude oil.

A 25 percent tariff on US crude oil imports, as threatened by China in retaliation for duties Washington has announced but not yet implemented against Chinese products, would make American crude uncompetitive in China versus other supplies.

This would almost certainly lead to a sharp drop-off in Chinese purchases of US crude, which have boomed in the last two years to a business now worth around $1 billion per month.