Oil prices rose on Monday amid high tensions in the Middle East after a British tanker was seized by the Iranian military at the end of last week. Brent crude futures were up 51 cents, or 0.8%, at$62.98 a barrel by 0042 GMT. 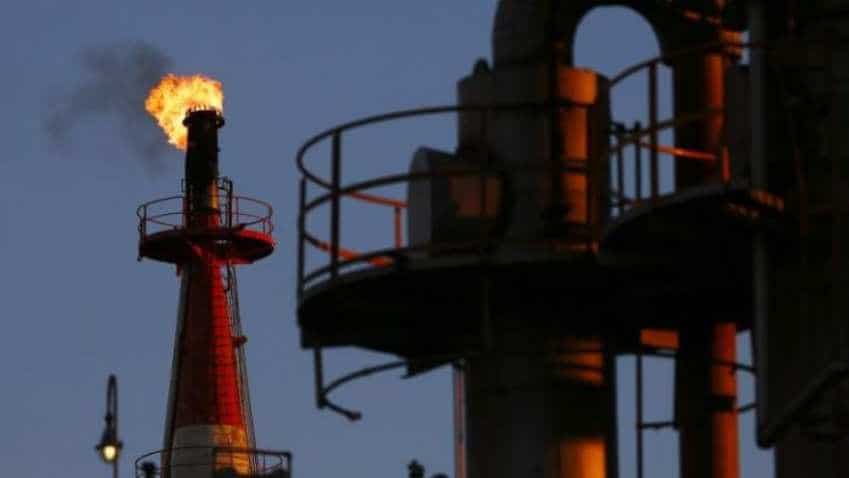 WTI fell over 7% and Brent fell more than 6% last week. "Falling global demand and rising U.S. stockpiles have helped turn oil charts very bearish, but that may not last as tensions remain high in the Persian Gulf," Edward Moya, senior market analyst at OANDA in New York, said in a note.

Iran`s Revolutionary Guards said they had captured a British-flagged oil tanker in the Gulf after Britain seized an Iranian vessel earlier this month, ratcheting up tensions along a vital international oil shipping route. Britain was weighing its next moves on Sunday, with few good options apparent as a recording emerged showing that the Iranian military defied a British warship when it boarded and seized the ship three days ago.

Prime Minister Theresa May`s office said she would chair a meeting of Britain`s emergency response committee on Monday morning to discuss the crisis.  A senior United States administration official said on Friday the U.S. will destroy any Iranian drones that fly too close to its ships.

A day earlier, the U.S. said one of its navy ships had "destroyed" an Iranian drone in the Strait of Hormuz after the aircraft threatened the vessel, but Iran said it had no information about losing a drone.

The International Energy Agency (IEA) does not expect oil prices to rise significantly because demand is slowing and there is a glut in global crude markets, the Executive Director Fatih Birol said on Friday in public comments.

The IEA is reducing its 2019 oil demand growth forecast to 1.1 million barrels per day from 1.2 million bpd due to a slowing global economy, Birol told Reuters in an interview a day earlier.