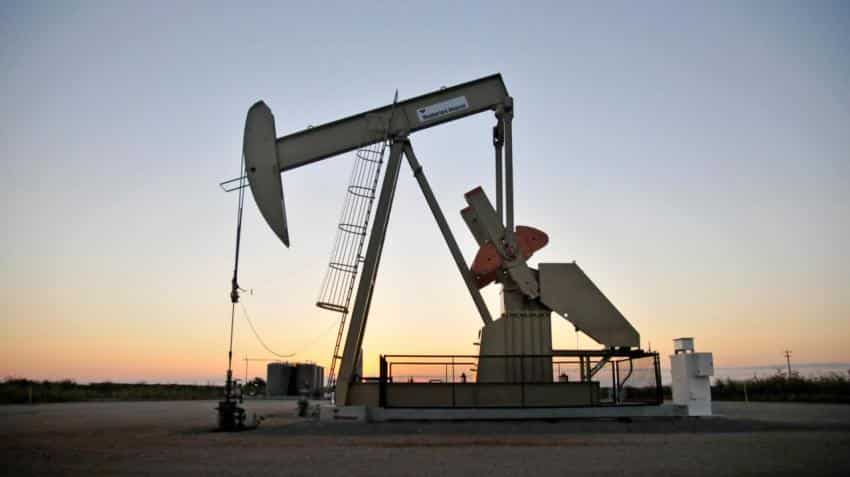 Oil prices rose on Tuesday, with Brent edging closer to $80 per barrel, on concerns that Venezuela's crude output could drop further following a disputed presidential election and potential US sanctions on the OPEC-member. The United States also toughened its stance on Iran and made a list of sweeping demands, which could further curb the country`s crude oil exports and boost oil prices.

"(Oil inventory) is tight and the U.S. will probably tighten sanctions on Venezuela which will make the Venezuela situation worse and which means we can expect continued falling Venezuelan production," said Tony Nunan, oil risk manager at Mitsubishi Corp in Tokyo.

"Combined with expectations for falling Iranian production as the U.S. pressures allies to reduce their imports, this will push crude oil prices up to $80 a barrel and we think it can go higher."

Venezuela`s socialist President Nicolas Maduro faced widespread international condemnation on Monday after his re-election in a weekend vote his critics denounced as a farce cementing autocracy in the crisis-stricken oil producer.

The United States is actively considering oil sanctions on Venezuela, where output has dropped by a third in two years to its lowest in decades.

"Tightening the economic screws will severely cripple ... Venezuela`s ability to export while making it virtually impossible for the country to acquire dollars," said Stephen Innes, head of trading for Asia-Pacific at futures brokerage OANDA in Singapore.

Concerns that looming U.S. sanctions on Iran will curb that country`s crude exports have also been boosting oil prices in recent weeks.

The United States on Monday demanded Iran make sweeping changes - from dropping its nuclear programme to pulling out of the Syrian civil war - or face severe economic sanctions as the Trump administration hardened its approach to Tehran.

This could reduce Iranian oil exports by 200,000 barrels-per-day by the fourth quarter, Mitsubishi Corp`s Nunan estimated.

Elsewhere, Washington and Beijing both claimed victory on Monday as the world`s two largest economies stepped back from the brink of a global trade war and agreed to hold further talks to boost U.S. exports to China.