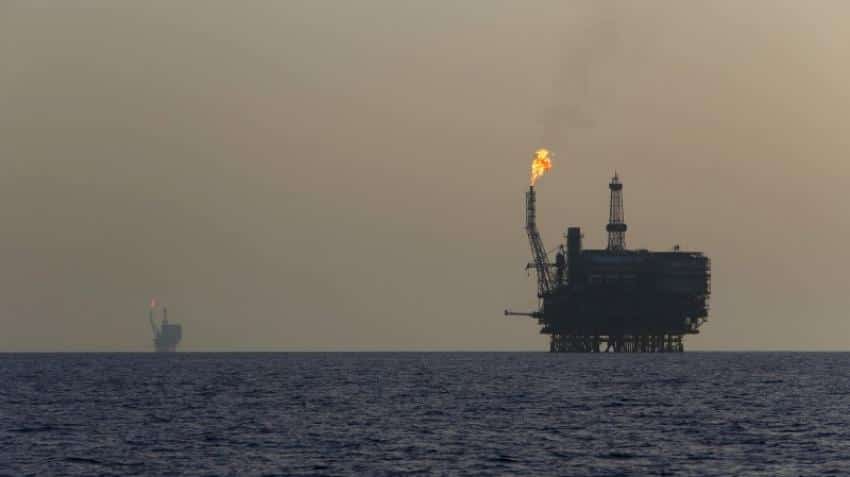 Oil prices settled down more than 1 percent on Monday, snapping two consecutive days of gains, on renewed concerns about an oil glut, a stronger dollar and expectations that Nigerian rebels will stop hampering that country`s crude output.

That came on top of Iraq`s pledge at the weekend to ship more crude after a ramp up of exports from its southern ports in August.

Nigerian rebels pledged to end hostilities against the industry in Africa`s No. 1 producer, which they repeatedly attacked earlier this year by blowing up pipelines.

Fears of a renewed glut offset news that oil and gas operators in the U.S. Gulf of Mexico have shut production equal to 168,334 barrels per day of oil and 190 million cubic feet per day of natural gas as a precaution against a tropical storm. The closures represent 11.5 percent of oil output and 5.5 percent of gas production.

"We`ve so much of oil coming on, and a near-term dollar rally, that these storm-related outages in the U.S. Gulf are barely a worry," said John Kilduff, partner at New York-based energy hedge fund Again Capital.

The dollar hit a three-week high against the yen after Federal Reserve Chair Janet Yellen bolstered expectations in a speech on Friday about a hike in interest rates soon. A stronger dollar makes commodities denominated in the greenback less affordable for holders of other currencies.

Oil rallied from early August until the middle of last week after hints by Saudi Arabia and fellow members of the Organization of the Petroleum Exporting Countries that they might agree to an output freeze with non-OPEC oil producers at a meeting in Algeria on Sept. 26-28.

While few believe OPEC will cut output, some analysts are betting it will try to stem a selloff with more talk of a production freeze.

"While we see high probability of some 80 to 90 percent of a return to $39 WTI, we also feel that achievement of this objective could still be some four to five weeks away," said Jim Ritterbusch of Chicago-based oil markets consultancy Ritterbusch & Associates.

Oil has rebounded this year but still trades at less than half of mid-2014 peaks above $100. Senior officials at Shell and ConocoPhillips said on Monday the oversupply could extend into 2017.