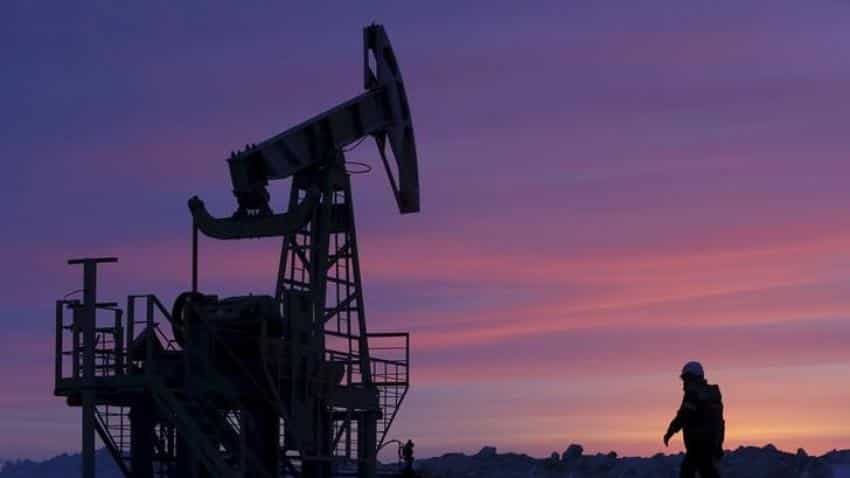 US West Texas Intermediate (WTI) crude was down 76 cents, or 1.6%, at $46.65 per barrel. Representational Image. Image Source:Reuters
Written By: Reuters
RELATED NEWS

Oil prices fell over 1% on Tuesday, with Goldman Sachs warning that August's price rally had been overdone and that a proposed oil production freeze at current near-record levels would not help rein in an oversupplied market.

Analysts said the falls were a result of an overdone price rally this month which lifted crude by over 20% between the beginning of the month and late last week. Since then, prices have fallen back by more than 3.5%.

"While oil prices have rebounded sharply since August 1, we believe this move has not been driven by incrementally better oil fundamentals, but instead by headlines around a potential output freeze as well as a sharp weakening of the dollar (and exacerbated by a sharp reversal in net speculative positions)," Goldman Sachs said.

The bank said a proposal by members of the Organisation of the Petroleum Exporting Countries (OPEC) and other producers like Russia to freeze output at current levels "would leave production at record highs" and therefore do little to bring supply and demand back into balance.

Goldman also said the likelihood of a deal "may not be high" due to disputes between OPEC members Saudi Arabia and Iran as well as uncertainty over non-OPEC producing giant Russia's willingness to cooperate.

The bank said it expected crude oil prices of between $45 and $50 per barrel "through next summer", but warned that "a sustainable pick-up in disrupted production would lead us to lower our oil price forecast with WTI prices ... to average $45 per barrel".

French bank BNP Paribas said that "the narrative of a rapid re-balancing of the oil market has ... met a few stumbling blocks" as "some of Q2`s disrupted supply returned, OPEC`s collective output rose, and US shale oil is being spared the dramatic year-on-year declines forecast earlier in the year".