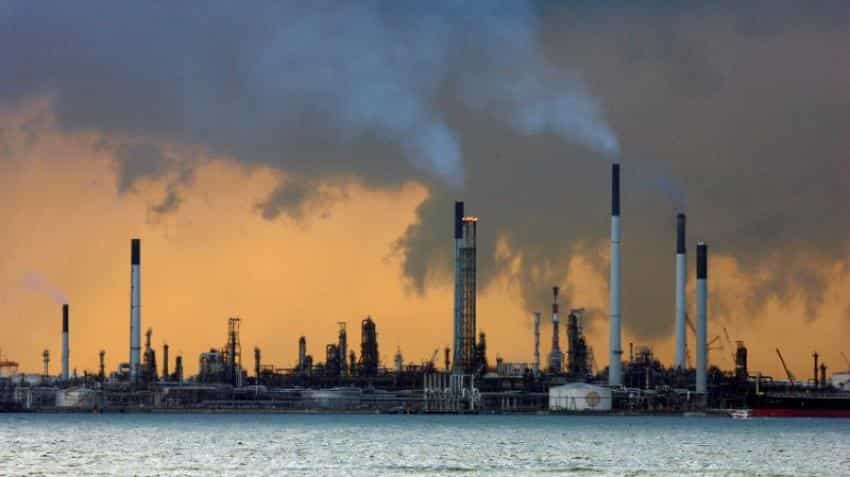 London Brent crude for November delivery was down 4 cents at $47.22 a barrel. Image Source: Reuters
Written By: Reuters
RELATED NEWS

Oil prices inched lower on Wednesday as market participants remained sceptical that producers will reach an agreement to freeze output to rein in a global supply glut.

London Brent crude for November delivery was down 4 cents at $47.22 a barrel by 0018 GMT, after settling down 37 cents on Tuesday.

NYMEX crude for October delivery was down 8 cents at $44.75, after settling up 39 cents on Tuesday.

Oil prices hit a one-week high on Monday after Russia and Saudi Arabia agreed to cooperate on stabilising the oil market, but they have since fallen due to the mounting uncertainty over a deal.

The Organization of the Petroleum Exporting Countries and non-OPEC producers such as Russia will hold informal talks in Algeria on Sept. 26-28, but many in the market are sceptical a deal will happen.

Saudi Arabia`s Foreign Minister Adel al-Jubeir said on Tuesday it would go along with a freeze in oil output if other producers agreed one but cautioned that Iran, which is aiming to raise output to pre-sanction levels, could foil any attempt to limit output.

Iran, however, signalled on Tuesday it was prepared to work with Saudi Arabia and Russia to prop up oil prices as it began to bargain with OPEC on possible exemptions from output limits.

Gasoline stocks likely fell by 500,000 barrels, while distillate stocks are forecast to have increased by 1 million barrels, the poll showed.

The American Petroleum Institute is set to release the weekly oil data on Wednesday, delayed a day from usual due to the Labor Day holiday on Monday.