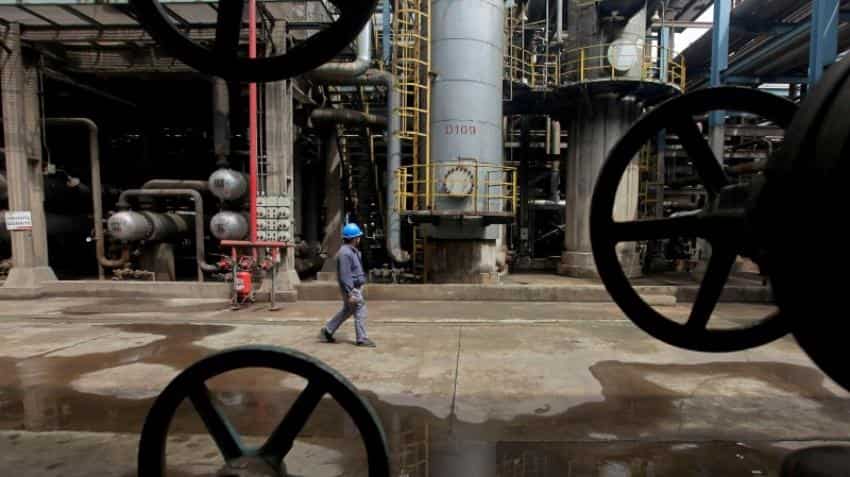 Oil prices fell on Thursday after OPEC said that its production had risen to its highest level in at least eight years and following reports of an increase in U.S. crude stockpiles.

International Brent crude oil futures were trading at $51.52 per barrel at 0103 GMT, down 29 cents, or 0.6 percent, from their previous close.

Traders said oil markets had come under pressure after Organization of the Petroleum Exporting Countries (OPEC) reported a rise in production, despite the producer cartel having plans, potentially with non-OPEC producer Russia, to cut output in a bid to rein in a global supply overhang.

OPEC on Wednesday reported its oil production rose in September to the highest in at least eight years and raised its forecast for 2017 non-OPEC supply growth, pointing to a larger surplus next year despite the group`s deal to cut output.

The producer cartel pumped 33.39 million barrels per day (bpd) last month, according to figures OPEC collects from secondary sources, up 220,000 bpd from August.

"In the absence of any OPEC-Russia headlines to give crude its daily adrenaline shot, the market looks nervously to the EIA Crude Inventory figures due in the US this evening," Halley added.

The American Petroleum Institute, a trade group, reported on Wednesday that U.S. crude inventories rose by 2.7 million barrels to 470.9 million barrels in the week to Oct. 7. This would be the first rise in oil stocks following five straight weeks of declines.

Traders said a strong dollar, which was hovering near seven-month highs on Thursday <.DXY> on reinforced prospects for a near-term U.S. interest rate hike, was also wighing on crude futures.

A stronger dollar makes it more expensive for countries who use other currencies domestically to import dollar-traded oil, potentially weighing on demand.