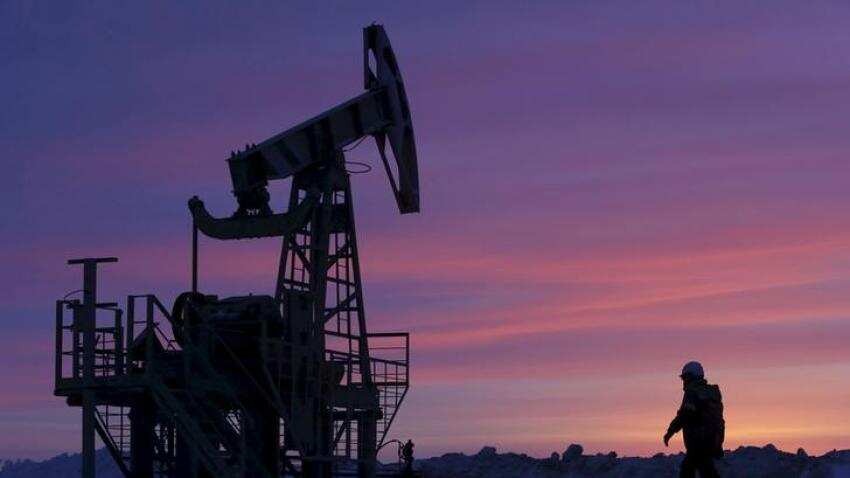 File photo of a worker walking past a pump jack on an oil field owned by Bashneft, Bashkortostan. Image Source: Reuters

Oil prices fell away from five-week highs early on Wednesday, as analysts doubted possible producer talks to rein in ballooning oversupply would be successful.

Brent crude futures were trading at $48.92 per barrel at 0158 GMT, down 31 cents from their last settlement. Despite the dip, prices are still up over 17% since early August and remain not far off a five-week high of $49.36 a barrel reached the previous day.

US West Texas Intermediate (WTI) crude was at $46.38 per barrel, down 20 cents from its last close, but still up 18% from early August.

Traders said that profit-taking following recent rallies was weighing on prices, and there were also doubts that producer talks to rein in oversupply would be successful.

The Organisation of the Petroleum Exporting Countries (OPEC) will probably revive talks on freezing oil output levels when it meets non-OPEC nations next month, with sources citing Saudi Arabia's wish for higher prices.

Yet like many, BNP said it doubted a successful outcome.

"Given the dismal track record when it comes to recent producer cooperation, we are not holding our breath for an eventual freeze in output and even less so for a much-needed reduction in production to help re-balance the oil market."

The last time OPEC and other major producers like Russia met, in April, to discuss ways of reducing the production overhang, talks failed due to disagreement mainly between OPEC rivals Saudi Arabia and Iran.

An OPEC meeting in June also failed to reach an agreement to limit production, and the group's output has since reached new records.

On the demand side, BMI Research said that Chinese imports would be relatively weak, compared with previous record years, as "a domestic fuels glut and scheduled maintenance works at several refineries (will) keep a lid on imports over Q3", although it added that China's long-term imports would be strong due to falling domestic production.

In a separate note, BMI said that refined product demand across Asia would rise.

"Asia will increasingly become the world's pivotal demand centre for refined fuels ... While the strength of the Chinese and Indian consumer has been well documented ... it is important to note the growing contribution from more peripheral Asian markets," BMI said.

"We forecast fuels consumption in Indonesia, Thailand, Pakistan, Vietnam and the Philippines to grow from 3.92 million barrels per day (bpd) in 2015 to 4.49 million bpd by 2020," it added.