Oil prices fall, but still above $70 as US trade dispute with China looms

Crude was also squeezed ed by a rise in the number of U.S. rigs drilling for oil to a three-year high of 804, implying further rises in production, which has already jumped by a quarter since mid-2016 to 10.4 million barrels per day (bpd). 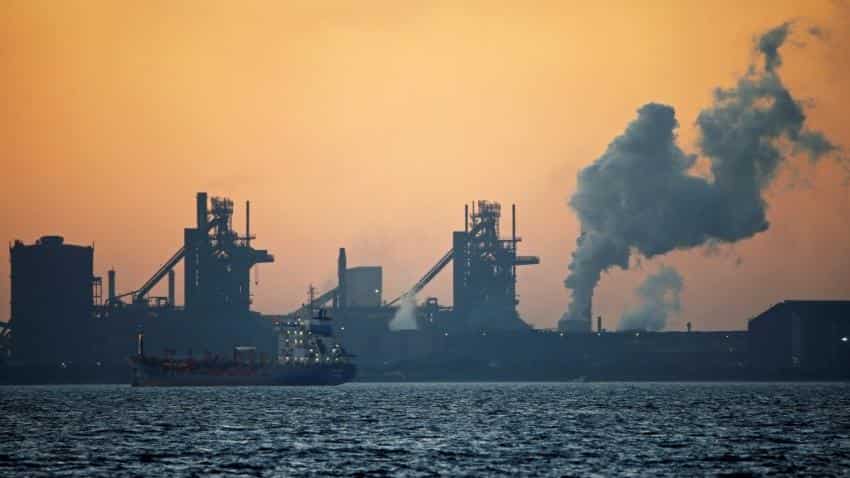 Brent crude futures were at $70.24 per barrel, down 21 cents, or 0.3 percent. Image source: Reuters
Written By: Reuters
RELATED NEWS

Oil prices reversed earlier gains on Monday as concerns of a looming trade dispute between the United States and China weighed on global markets. The possibility of a full-blown trade war between the United States and China battered Asian shares on Monday. The falls came after US President Donald Trump last week signed a memorandum that could impose tariffs on up to $60 billion of imports from China.

Crude was also squeezed ed by a rise in the number of U.S. rigs drilling for oil to a three-year high of 804, implying further rises in production, which has already jumped by a quarter since mid-2016 to 10.4 million barrels per day (bpd).

Earlier in the session, prices were lifted by statements from Saudi Arabia, the de-facto leader of the Organization of the Petroleum Exporting Countries (OPEC), that production cuts that have been in place since 2017 may be extended into 2019, as well as concerns that the United States may re-introduce sanctions against Iran.

“President Donald Trump continues to suggest the U.S. will pull out from (the) Iran nuclear deal, which raises the specter of bringing back sanctions on the country and severely limiting Tehran’s ability to export crude oil,” said Stephen Innes, head of trading for Asia/Pacific at futures brokerage OANDA in Singapore.

Financial oil markets have long been dominated by Europe’s Brent and America’s WTI, despite Asia being the world’s biggest and fastest growing oil consumer, has so far not had a benchmark.

That possibly changed on Monday, as Asia saw the launch of Shanghai crude oil futures.

Few analysts doubt that Asia is overdue a financial oil price benchmark, and that China with its vast consumer and production base is a prime location for it.

“The government (in Beijing) seems determined to support it, and I hear a number of firms are being asked or pressured to trade on it, which could help,” said Jeff Brown, President of energy consultancy FGE.

Despite this, Brown said there were concerns over regulatory interference, as seen in other Chinese financial commodity markets, including iron ore and coal.

“The fact that the government is encouraging the exchange and also is not shy about stepping in to occasionally change the rules may discourage international players,” Brown said.

That concern did not scare off global commodity trading giant Glencore, which according to Chinese brokerage Xinhu Futures carried out the first trade on the Shanghai crude oil futures.