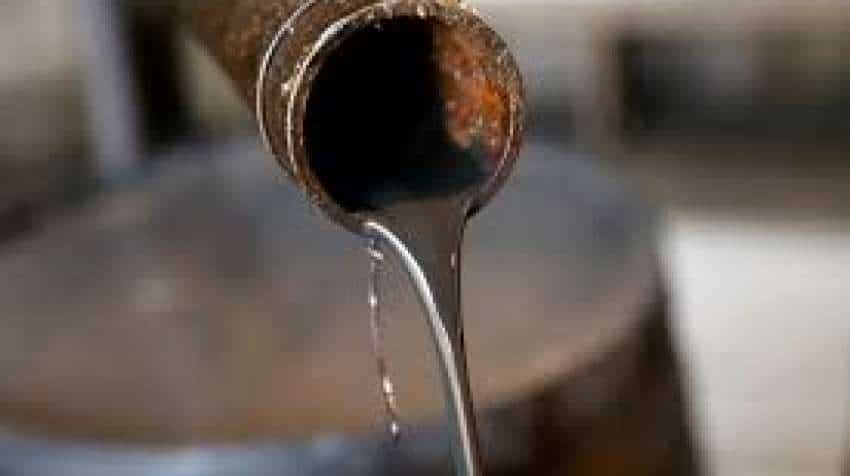 For now OPEC+ is sticking with a deal to curb output by 7.7 million barrels per day (bpd) through December, and then shaving the cuts back to 5.8 million bpd in January. Source: Reuters
Written By: Reuters
Edited By: ZeeBiz WebTeam
RELATED NEWS

Oil prices slipped for a fourth straight day on Tuesday on worries about a resurgence of coronavirus cases globally stifling a promising recovery in fuel demand, while growing output from Libya adds to plentiful supply in the market.

COVID-19 cases topped 40 million on Monday, according to a Reuters tally, with a growing second wave in Europe and North America having sparked new clampdowns.

"Since April we have seen a miraculous recovery in oil demand – which is now at about 92% of pre-pandemic levels, but it`s too early to declare an end to the COVID-19 oil demand destruction era," said Rystad Energy oil markets analyst Louise Dickson.

A meeting on Monday of a ministerial panel of the Organization of the Petroleum Exporting Countries (OPEC) and its allies, together called OPEC+, pledged to support the oil market as concerns grow over soaring infections.

For now OPEC+ is sticking with a deal to curb output by 7.7 million barrels per day (bpd) through December, and then shaving the cuts back to 5.8 million bpd in January.

Three sources from producing countries said the planned output increase from January could be reversed if necessary.

"We don`t think oil markets are in a position to absorb the around 2% of global supply that OPEC+ are expected to restart from 1 January, 2021," Commonwealth Bank commodities analyst Vivek Dhar said in a note.

He said rising output from Libya, which is operating outside the OPEC+ pact, was adding to oversupply concerns.

Libya is rapidly ramping up production after armed conflict shut almost all of the country`s output in January. Output from its biggest field, Sharara, which reopened on Oct. 11, is now at around 150,000 bpd, or about half its capacity, two industry sources told Reuters.

Meanwhile traders will be watching for crude and product inventory data from the American Petroleum Institute on Tuesday. Analysts expect U.S. crude oil and distillate stockpiles likely fell in the latest week, according to a Reuters poll.