NYMEX crude for November delivery was down 8 cents at $47.75. It settled up 78 cents on Thursday, after touching a one-month high of $48.32 earlier. 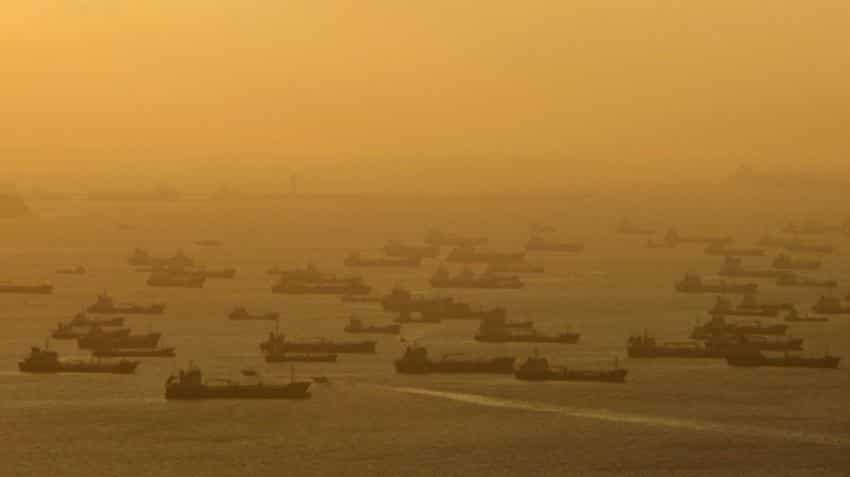 File photo of shipping vessels and oil tankers lining up on the eastern coast of Singapore. Photo: Reuters
Written By: Reuters
RELATED NEWS

Oil prices dropped on Friday on profit-taking, after rising 7% in the past two sessions, amid doubts that OPEC's first planned output cut in eight years would make a substantial dent in the global crude glut.

NYMEX crude for November delivery was down 8 cents at $47.75. It settled up 78 cents on Thursday, after touching a one-month high of $48.32 earlier.

Both Brent and NYMEX crude are on course for a weekly gain of around 7 %.

The Organization of the Petroleum Exporting Countries (OPEC) agreed on Wednesday to cut output to 32.5-33.0 million barrels per day (bpd) from around 33.5 million bpd, estimated by Reuters to be the output level in August.

OPEC said other details will be known at its policy meeting in November, leaving unanswered when the agreement will come into effect, what new quotas for member countries will be and for what periods, and how compliance will be verified.

OPEC officials said their plan will remove around 700,000 bpd from the market. Analysts estimate the global crude oversupply at between 1.0-1.5 million bpd.

Analysts at Goldman Sachs said higher crude prices will spur non-OPEC output, particularly US shale oil. The US oil drilling rig count has risen in 12 of the 13 past weeks.