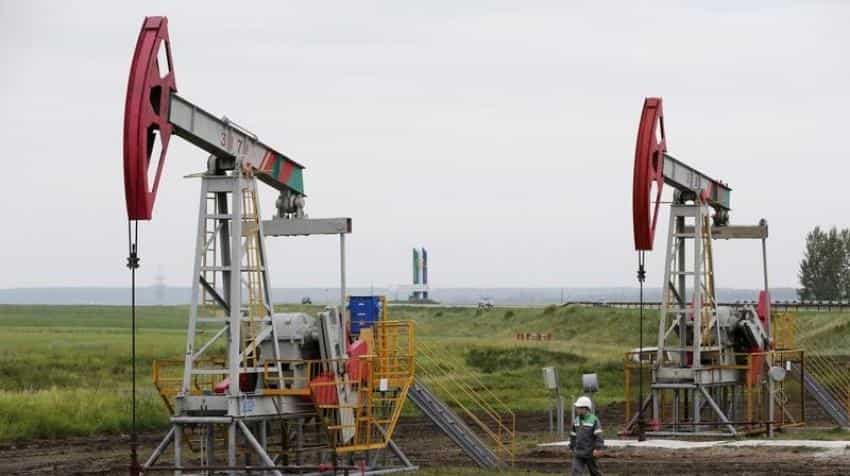 Oil prices dipped early on Tuesday, weighed down by a rise in Iranian exports that adds to a global supply overhang, although a planned OPEC-led supply cut later this year has lent crude some support.

International Brent crude oil futures were trading at $50.79 per barrel at 0015 GMT, down 10 cents from their previous close.

Traders said prices were dented by the latest rise in Iranian crude and condensate sales, which likely reached about 2.8 million barrels per day (bpd) in September, almost matching a 2011 peak in shipments before sanctions were imposed on the OPEC producer.

However, analysts said Iran will struggle to boost output further and reaching pre-sanctions levels makes it more likely Tehran will agree on some form of production constraint with other members of the Organisation of the Petroleum Exporting Countries (OPEC), including its regional rival Saudi Arabia, which is also pumping oil near record levels.

There was optimism that OPEC producers, and perhaps also exporters outside the club like Russia, would find some form of agreement by the time the producer club meets in November, although the risks of failure remain.

"For now, optimism has returned and the market will anxiously await any confirmation of the agreement or additional non-OPEC participation," Morgan Stanley said in a note to clients.

It added that "the risk of disappointment is high, and fundamentals remain challenging/unchanged in the interim."

The US bank said important price factors to watch for in coming weeks include talks on output with non-OPEC members, most notably with Russia, production within OPEC as its members try to squeeze out oil before any potential cut or freeze, hedging activity by producers into 2017 as forward price guidance, and US inventory and import data.