Markets are also tightening globally due to an effort led by the Organization of the Petroleum Exporting Countries (OPEC) and a group of non-OPEC producers, including Russia, to withhold output. 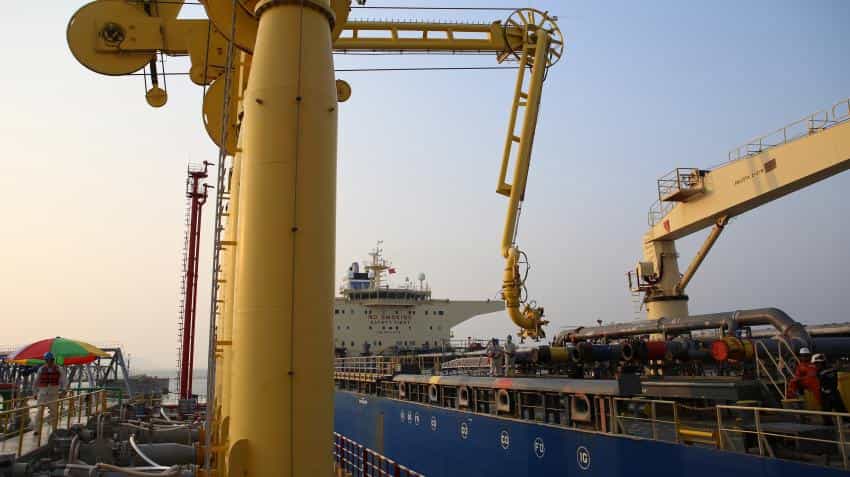 Oil prices eased on Thursday, with U.S. crude dipping away from two-year highs reached the day before, but the shutdown of the Keystone pipeline and a drawdown in fuel inventories continued to bolster markets despite worries over rising output.
U.S. West Texas Intermediate (WTI) crude futures were at $57.89 a barrel at 0437 GMT, down 13 cents, or 0.2 percent, from their last settlement, but still close to 2015-highs of $58.15 a barrel reached on Wednesday.
Brent crude futures, the international benchmark for oil prices, were at $63.17 per barrel, 15 cents, or 0.2 percent, below their last close.
WTI has been buoyed by the shutdown of the 590,000 barrel-per-day (bpd) Keystone pipeline, one of the largest crude pipelines from Canada to the United States, as well as by another drawdown in commercial fuel inventories that came despite record U.S. oil production.
US crude inventories fell 1.9 million barrels in the week to Nov. 17, to 457.14 million barrels. Stocks have dropped by 15 percent from their records in March, to below 2016 levels.
"Another large drawdown in inventories buoyed investor sentiment," ANZ bank said.
The inventory drop came as the Keystone pipeline connecting Canada`s Alberta oilfields to the United States was shut last week after an oil spill in South Dakota. Operator TransCanada Corp is cutting deliveries through at least the end of the month.
The tightening U.S. oil market means the WTI forward price curve has moved from contango, when prices for future delivery are more expensive than those for immediate dispatch, into backwardation, where spot prices are higher than those for later delivery.
Backwardation indicates a tightening market as it incentivises traders to sell oil immediately instead of putting it into storage.
Markets are also tightening globally due to an effort led by the Organization of the Petroleum Exporting Countries (OPEC) and a group of non-OPEC producers, including Russia, to withhold output.
The deal to curb production is due to expire in March 2018, but OPEC will meet on Nov. 30 to discuss the outlook for the policy, and it is expected to extend the cuts. Top exporter and de-facto OPEC leader Saudi Arabia is lobbying for extended output restrictions.
Threatening to undermine OPEC`s efforts, however, is U.S. production, which has risen by 15 percent since mid-2016 to a record 9.66 million bpd.
This has turned the United States from the world`s biggest importer of crude oil into a significant exporter, with production now second only to Russia and Saudi Arabia.