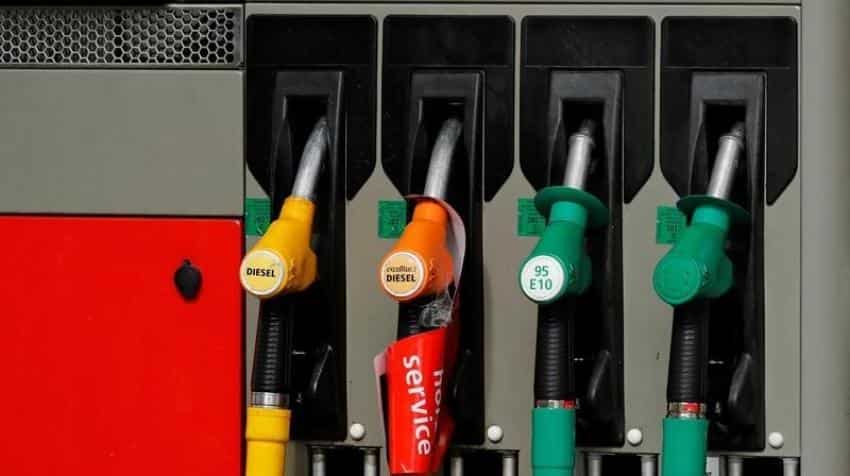 View of gasoline pumps at a petrol station in Paris. Image Source: Reuters

Oil prices dipped on Thursday but remained near June highs reached the previous session when they were buoyed by a fall in US crude inventories.

US West Texas Intermediate (WTI) crude oil futures were trading at $49.63 per barrel at 0051 GMT, down 20 cents from their last settlement.

International Brent crude futures were down 24 cents at $51.62 per barrel.

Traders said the price dips early on Thursday were largely a result of profit-taking following strong price rises the day before.

Both contracts hit their highest levels since June on Wednesday after the US Energy Information Administration (EIA) said crude stockpiles fell 3 million barrels last week to 499.74 million barrels, and as international oil markets prepared for a planned output cut by the Organisation of the Petroleum Exporting Countries (OPEC).

"Another week another surprise drawdown in crude inventories by the EIA ... Although crude in storage remains at record highs, this is the third week of unexpected drawdowns in a row," said Jeffrey Halley, senior market analyst at brokerage OANDA in Singapore.

He added that WTI prices would likely be "eyeing the psychological $50" soon, although there was the downside risk of shale drillers putting rigs back into operation which were mothballed at lower prices.

Other analysts said that overall market conditions pointed to slightly higher prices, largely due to the planned OPEC cut, but also due to the risk of forced disruptions.

"All in all, oil prices seem headed for higher levels in the coming period," Global Risk Management said in its quarterly report published this week. It pointed to the risk of "several oil producing countries struggling to increase or even keep production at current levels due to unrest/oil facility wreckages and lack of industry investments".