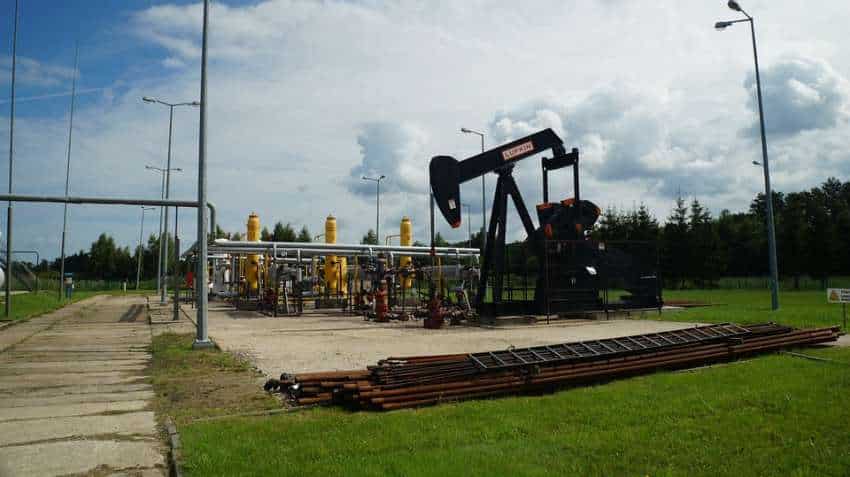 Brent futures had their biggest daily percentage fall since December 2008, down $4.72, or 9.4%, to settle at $45.27 a barrel. It was Brent`s lowest closing price since June 2017. Photo: Pixabay
Written By: Reuters
RELATED NEWS

Brent crude oil price slid to its biggest daily loss in more than 11 years on Friday after Russia balked at OPEC`s proposed steep production cuts to stabilize prices hit by the economic fallout from the coronavirus, and OPEC responded by removing limits on its own production. More than 1 million US crude contracts changed hands during the session, as the three-year pact between OPEC and Russia ended in acrimony.

"Prices plunged because the OPEC confab ended up being an epic fail on the part of all involved. Russia has clearly decided to employ a scorched earth approach to the oil market: every country for itself," said John Kilduff, partner at Again Capital LLC in New York.

More than 4.58 million US front-month crude contracts changed hands this week, the busiest week ever for that contract. Both Brent and WTI are down over 30% so far this year.

The number of people infected with coronavirus across the world surpassed 100,000 as the outbreak reached more countries and the economic damage intensified. Business districts began to empty and stock markets tumbled.

The split between OPEC and Russia revived fears of a 2014 oil price crash, when Saudi Arabia and Russia fought for market share with US shale oil producers, which have never participated in output-limiting pacts.

OPEC was pushing for an additional 1.5 million barrels per day (bpd) of cuts until the end of 2020.

Non-OPEC states were expected to contribute 500,000 bpd to the overall extra cut, OPEC ministers said. The new deal would have meant OPEC+ production curbs amounting to a total of 3.6 million bpd, or about 3.6% of global supply.

"From (April 1) all oil producers are allowed to produce as much as they like," analysts at ABN AMRO said in a report. The Dutch bank cut its Brent oil price forecast for 2020 by 15.5% to $49 a barrel from the previous forecast of $58.

The bank noted that OPEC Secretary General Mohammad Barkindo indicated there will be more informal meetings on the proposed cuts in coming weeks, however.