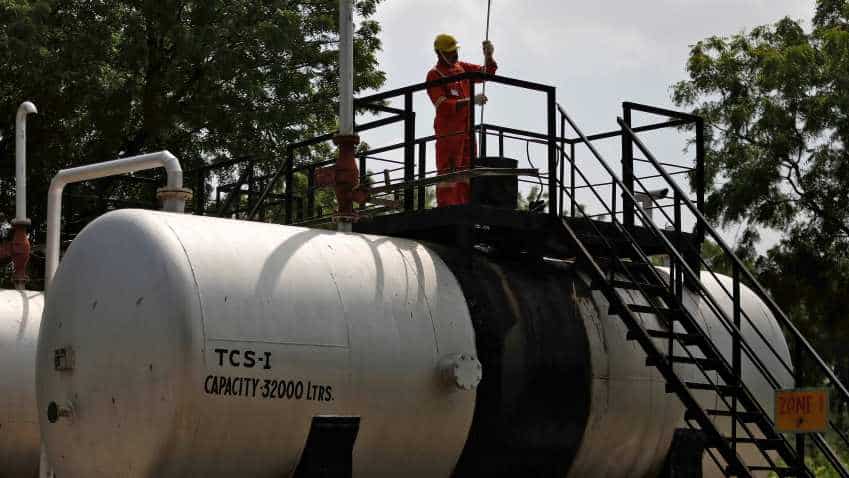 Petrol, diesel prices in India may shoot up by Rs 5-6 a litre after drone attack in Saudi: Kotak

Oil ended nearly 15% higher on Monday, with Brent logging its biggest jump in over 30 years amid record trading volumes, after an attack on Saudi Arabian crude facilities cut the kingdom`s production in half and fanned fears of retaliation in the Middle East. The attack heightened uncertainty in a market that had become relatively subdued in recent months and now faces the loss of crude from Saudi Arabia, traditionally the world`s supplier of last resort. A gauge of oil-market volatility hit its highest level since December of last year, and trading activity showed investors expect higher prices in coming months.

"The attack on Saudi oil infrastructure came as a shock and a surprise," said Tony Headrick, an energy market analyst at St. Paul, Minnesota, commodity brokerage CHS Hedging LLC. "I think the tables abruptly shifted in the way of the supply outlook and caught many who were short off-guard."

Saudi Arabia is the world`s biggest oil exporter and, with its comparatively large spare capacity, has been the supplier of last resort for decades.

The weekend attack on state-owned producer Saudi Aramco`s crude-processing facilities at Abqaiq and Khurais cut output by 5.7 million barrels per day and threw into question its ability to maintain oil exports. The company has not given a specific timeline for the resumption of full output.

Two sources briefed on Aramco`s operations said a full return to normal production "may take months." “I don`t think there really is enough to offset what is going to be offline here for a period of time, and you don`t even know the quantity of time," said Joe McMonigle, energy analyst at Hedgeye Research.

U.S. intelligence officials said Monday that evidence pointed to Iran being behind the attack, raising the spectre of a response that could further unsettle world markets and global supply.

President Donald Trump said he was in "no rush" to respond, however, as he awaited more details. That marked a shift in tone from a tweet sent by Trump on Sunday, when he said the United States was "locked and loaded" and ready to respond.

The Chicago Board Options Exchange`s Crude Oil Volatility Index, a gauge of options premiums based on moves in the U.S. oil exchange traded fund, rose to 77.17, its highest level since December last year.

The attacks and subsequent hit to supply are likely to keep prices elevated for some time. Crude cargo booking activity and freight rates for shipments from the U.S. Gulf Coast rose over the weekend and on Monday, a ship broker said, and regional Gulf crude prices traded over-the-counter were higher in anticipation of bids for more U.S. shipments.

The United States exports about 3 million barrels of oil a day and could boost those shipments further.

Major importers of Saudi crude, such as India, China, Japan and South Korea, will be the most vulnerable to any supply disruption. South Korea has already said it would consider releasing oil from its strategic reserves.

Trump approved the release of oil from the U.S. Strategic Petroleum Reserve, which holds more than 640 million barrels of crude oil.

Saudi oil exports will continue as normal this week as the kingdom taps into stocks from its large storage facilities, an industry source briefed on the developments told Reuters. Still, the attack has raised concerns about how long the kingdom will be able to maintain oil shipments and launched a scramble by refiners in leading Asian consumer countries to find alternatives.

The initial surge in prices Sunday was the biggest for Brent crude since the 1990-1991 Gulf crisis, before pulling back as various nations said they would tap emergency supplies to keep the world supplied with oil.

Members of the International Energy Agency are required to keep 90 days of imports in storage to offset supply shocks.

Petrol, diesel prices in India may shoot up by Rs 5-6 a litre after drone attack in Saudi: Kotak