Oil prices edged lower on Tuesday as receding Middle East tensions took some heat out of the market, with both Tehran and Washington desisting from any further escalation after this month`s clashes. 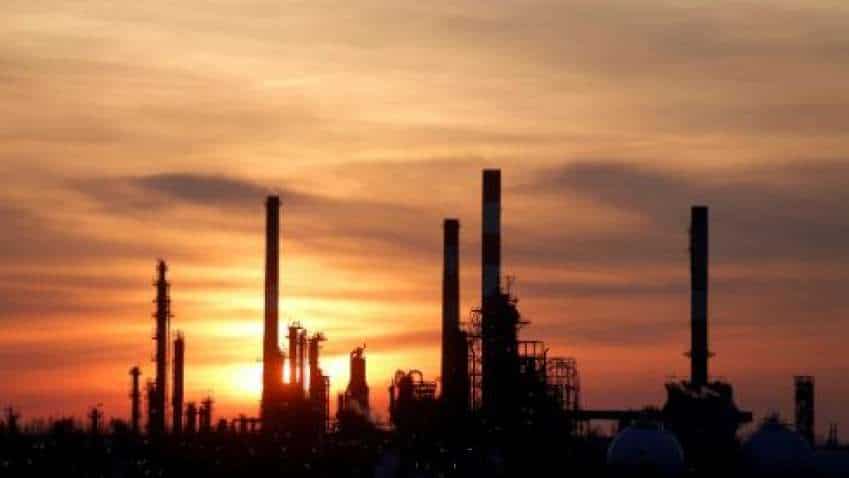 Oil prices edged lower on Tuesday as receding Middle East tensions took some heat out of the market, with both Tehran and Washington desisting from any further escalation after this month`s clashes. However, the declines were limited by expectations of a drawdown in US crude oil inventories and optimism about the signing of a preliminary trade deal between the U.S. and China, the world`s top oil consumers.

Brent crude was down 8 cents, or 0.1%, at $64.12 per barrel by 0124 GMT. U.S. West Texas Intermediate crude futures were down 4 cents, or 0.1%, at $58.04 a barrel. US crude oil inventories were expected to have fallen last week, while stocks of refined products likely continued to rise, with gasoline stockpiles seen gaining for a tenth straight week, a preliminary Reuters poll showed on Monday.

Four analysts polled by Reuters estimated, on average, that crude stocks declined by about 800,000 barrels in the week to Jan. 10.

The poll was conducted ahead of reports from the American Petroleum Institute (API), an industry group, and the Energy Information Administration (EIA), an agency of the U.S. Department of Energy.

The API is scheduled to release its data for the latest week at 2130 GMT on Tuesday, and the weekly EIA report is due on Wednesday.

Oil prices were supported ahead of the signing at the White House on Wednesday of a Phase 1 trade deal, which marks a major step in ending a dispute that has cut global growth and dented demand for oil.

Oil prices surged to their highest in almost four months after a US drone strike killed an Iranian commander on Jan. 3 and Iran retaliated with missiles launched against US bases in Iraq. But they slumped again as Washington and Tehran retreated from the brink of direct conflict last week.

Prince Abdulaziz said it was too early to talk about whether the Organization of the Petroleum Exporting Countries (OPEC) and its allies, a group known as OPEC+, would continue with production curbs set to expire in March.

The OPEC+ group of oil-producing countries last month agreed to rein in output by an extra 500,000 bpd in the first quarter of 2020, on top of a previously agreed reduction of 1.2 million bpd.