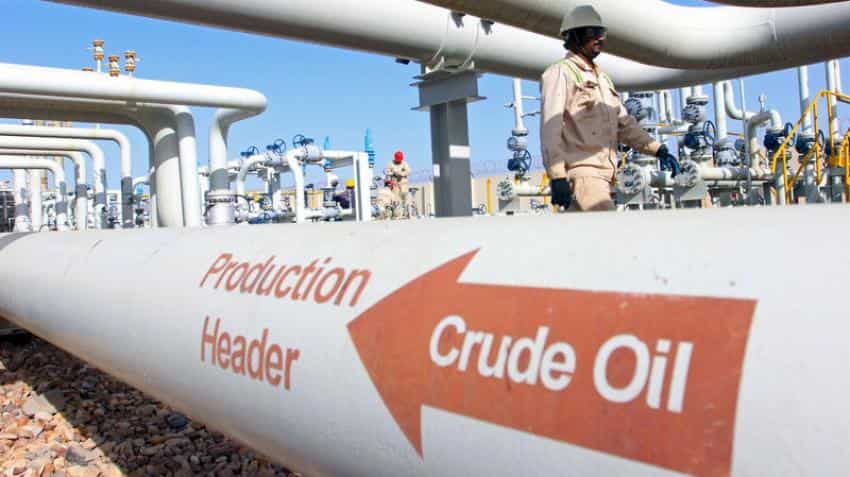 Although volatility in oil is rising, it is still close to its lowest in three years. Image source: Reuters

Oil prices neared their lowest in a month on Monday as rising U.S. output and a weaker physical market added to the pressure from a widespread decline across equities and commodities.

"Oil is caught up in this general risk-off move, not helped at the margins by a little bit of strength in the U.S. dollar," said Ric Spooner, chief market analyst at CMC Markets in Sydney.

The S&P 500 saw its largest one-day fall since September 2016 on Friday, but is still up 3 percent since the start of this year and up 21 percent since February 2017, having hit a record high in late January. [.N]

"It`s been a long time since the (stock) market has witnessed a 2 to 3 percent reversal. If this gets extended to say 5-6 percent, sentiment-wise it will probably feel much worse than it actually is," Semaphore Macro economist Ioan Smith said.

Although volatility in oil is rising, it is still close to its lowest in three years.

The physical crude market has also deteriorated in the last few weeks, as the price of North Sea oil has hit its lowest in eight months, while Russian Urals crude changed hands last week at its lowest in a year.

"We`re really going into a period of a lot of refining maintenance so it`s not unexpected that (the sell-off) is happening," Petromatrix strategist Olivier Jakob said.

Saudi Arabia over the weekend said it had cut the official selling prices for its crude to European customers, a sign that the world`s largest oil exporter may be warding off potential weakness in the region.

Adding to the pressure on oil, which hit its highest in nearly three years two weeks ago, has been evidence of rising U.S. crude production, which could threaten the Organization of the Petroleum Exporting Countries` effort to support prices.

U.S. government data last week showed that output climbed above 10 million barrels per day in November for the first time since 1970.